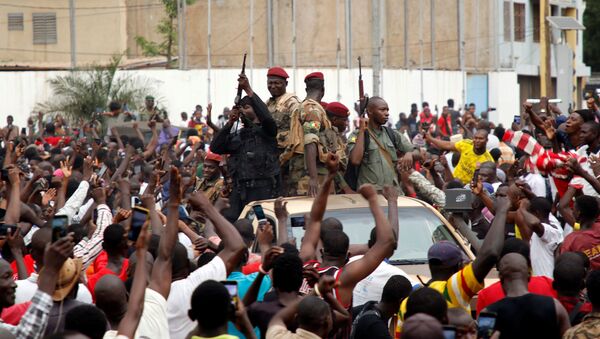 MOSCOW (Sputnik) – The Malian opposition has promised to cooperate with the leaders of the coup on organizing the transition period in the country, local media reported.

According to aBamako news outlet, the opposition 5 June Movement - Rally of Patriotic Forces expressed its readiness to work on the development of a roadmap together with the coup leadership.

On Tuesday, a group of Malian officers initiated a mutiny at the Kati military base near Bamako, the capital of Mali, demanding political reforms and fair elections.

The rebels said they had detained several high-ranking officials, including President Ibrahim Boubacar Keita and Prime Minister Boubou Cisse. Keita subsequently announced the resignation of the government and parliament.

The coup leaders have declared the formation of a National Committee for the Salvation of the People, closed the country’s borders, and imposed a curfew.

The military coup comes in the wake of an ongoing political crisis in Mali, with supporters of the opposition “5 June Movement” taking to the streets to demand Keita's resignation starting earlier this summer. Clashes on 11-12 July between protesters and security forces led to the deaths of 11 people, with over 120 reported injured.

The opposition accuses Keita of failing to deal with corruption and restoring security in the country amid escalating jihadist and inter-communal violence.