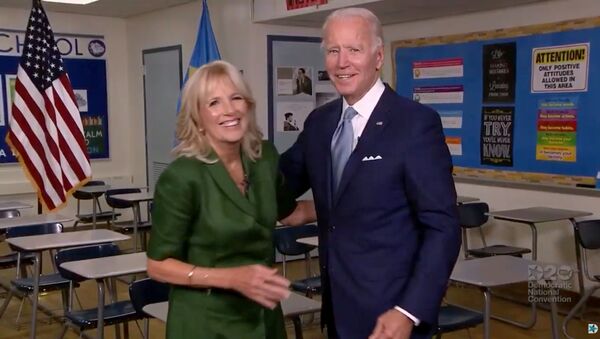 The Democratic National Convention kicked off on 17 August in a virtual format to formally pick the party's nominees for president and vice president in the 2020 US election.

The convention is scheduled to wrap up on Thursday when former Vice President Biden is expected to accept the nomination and address the nation from his home in Delaware.

Originally planned for Milwaukee, Wisconsin, the event is now mostly digital on each of the four nights due to concerns over the coronavirus.

Biden secured 3,558 delegates after the roll call vote on Tuesday, which took place at a largely virtual convention due to the pandemic, nominally held in Milwaukee, Wisconsin. Candidates needed 1,991 delegates to win the presidential nominee for their party, a threshold Biden reached earlier on after Senator Bernie Sanders dropped out.

Former US President Bill Clinton has criticized President Donald Trump at the 2020 Democratic National Convention on his response to the coronavirus crisis, saying that voters have to decide “whether to renew his contract or hire someone else”.