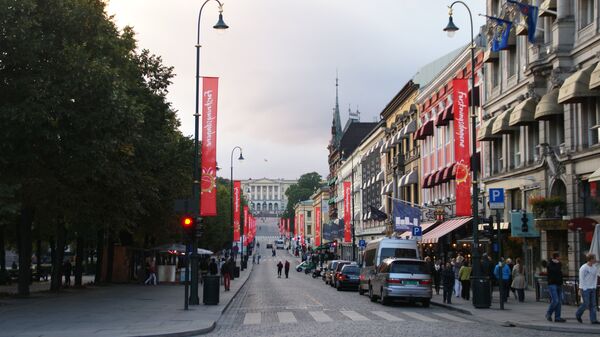 Norway's massive sovereign wealth fund's substantial financial losses amid a coronavirus-plagued economy have been exacerbated by management hardships as the candidature of its new boss was met with strong opposition in parliament.

The investment management unit of Norway’s central bank responsible for the country's huge sovereign wealth fund commonly referred to as the Oil Fund has reported a plunge of 3.4 percent during the first half of the year.

The dip, equal to NOK 188 billion (over 21 billion), has been attributed to the coronavirus outbreak and measures to contain it, liquidity shocks, swings of the stock market and the deprecation of the krone, all of which have brought economic uncertainty.

“The year started with optimism but the outlook of the equity market quickly turned when the coronavirus started to spread globally”, Trond Grande, deputy CEO of Norges Bank Investment Management (NBIM), said, as quoted by the newspaper Dagsavisen.

To stop the spread of the coronavirus, the government has been withdrawing funds to pay for the massive crisis packages and economic stimuli. Nevertheless, despite increasing optimism due to reopening measures, Grande said, “considerable uncertainty” remains.

The returns on the Oil Fund's investments dipped by 6.8 percent, followed by a 1.6 percent dip in investments in real estate. By contrast, the return on fixed income investments rose by 5.1 percent.

“The coronavirus pandemic led to global easing of monetary policy, with interest rate cuts and active use of the central banks' balance sheets”, the half-year report states.

The worst hit was suffered by oil and gas companies, who experienced a return of minus 33.1 percent in the first half of the year. The fall was exacerbated by low oil prices and weak demand. However, financial companies, especially the banks, also did poorly with a negative return of 20.8 percent.

On top of the financial hardships, the Oil Fund has been battered with leadership issues, as the candidature of expatriate billionaire Nicolai Tangen, who was chosen by the bank’s executive board, sparked concerns over potential conflicts of interests. Norway's own parliament raised objections, as all five opposition parties plus the Christian Democrats claimed they lack confidence in Tangen, who is due to take over on 1 September. However, pundits pointed out that the structure of the central bank limits the Financial Ministry's ability to intervene.

The Oil Fund has a value of NOK 10,4 trillion ($1.1 trillion). 69.6 percent of its wealth is invested in shares, 2.8 percent in unlisted real estate, and 27.6 percent in fixed income securities.

Overall, the Oil Fund has investments in over 9,000 companies in 74 countries.