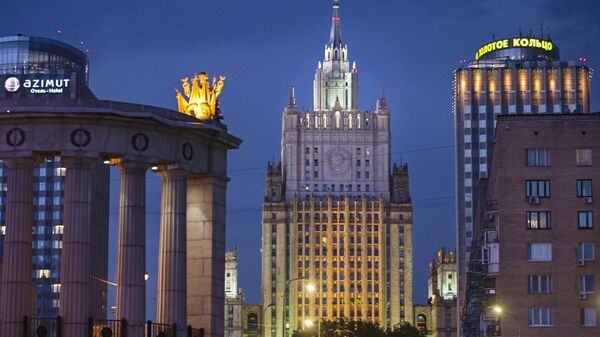 © Sputnik / Sergey Geneev
/
Go to the mediabank
Subscribe
International
India
Africa
The Russian Foreign Ministry on Monday summoned Dutch interim charge d'affaires Dominique Kuhling-Bakker to lodge a protest over spy equipment in the car of a Russian military attache in the Netherlands.

"Russia has lodged a strong protest with the Netherlands after spy equipment was discovered in a car of the Russian military attache in the Netherlands", the ministry said.

The ministry pointed out that such unfriendly steps deteriorate bilateral ties, which currently are not at their best.

World
Russia Monitors MH17 Trial in Netherlands, Hopes for Impartial Judgment - Ambassador
Relations between the two countries deteriorated earlier this year amid the probe into the MH17 crash in Ukraine.

In July, the Netherlands announced it was filing a case against Russia with the European Court of Human Rights (ECHR), citing Moscow's alleged role in the incident.

Commenting on the move, the Russian Foreign Ministry stated that the lawsuit will complicate the search for the truth and will affect Russian-Dutch relations.