Mia Khalifa Pledges to Get 'Mr. Beast' Tattooed on Her Body to Raise Money for Lebanon 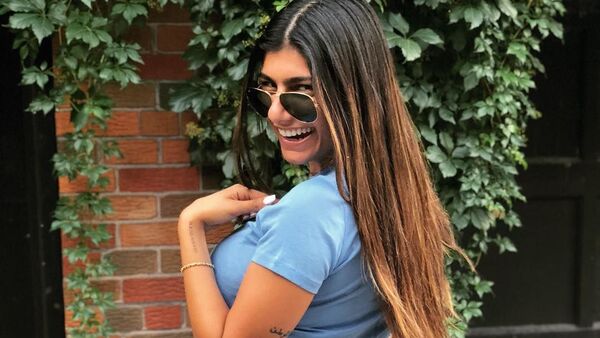 Social media siren Mia Khalifa has said she is going to get a "Mr. Beast" tattoo on her body in exchange for $100k in a bid to raise money for Lebanon’s Red Cross following an explosion in Beirut two weeks ago.

MrBeast is a well-known YouTuber and philanthropist who previously made some outstanding donations to various causes, sometimes to complete strangers. The ex-adult film entertainer made an indirect offer to the blogger to contribute to Lebanon’s cause as she was live streaming her tattoo session with famous artist Ivana Belakova on Twitch.

During the Twitch stream, the socialite managed to fundraise slightly more than $4,000 in donations from social media users. However, no one has appeared to be as generous as to send her a hundred grand in one go. MrBeast also didn't appear to respond to her plea which she shared on Instagram and Twitter. Well, at least not in public.

I’ll get “Mr. Beast” tattooed on me for $100k. I’m live on twitch with a tattoo artist, let’s raise some money for LEBANON! https://t.co/g1KWXaVQrF @MrBeastYT

How about change her name for 100k @MrBeastYT will you do that???

We already know you do anything for 100k Mia

Should make that $100k offer to do something with those eyebrows

Shortly after the Beirut blast, which took the lives of at least 200 people and injured several thousand, Khalifa made another peculiar offer in attempt to fundraise for the Lebanese Red Cross, auctioning off her infamous dark-famed Gucci glasses on eBay. The latter bear a strong association with her brief stint in the adult film industry. "HAPPY BIDDING, YA FILTHY ANIMALS", Khalifa announced at the time. As the auction ended on Sunday afternoon, the legendary item went for a final price of $100,000.