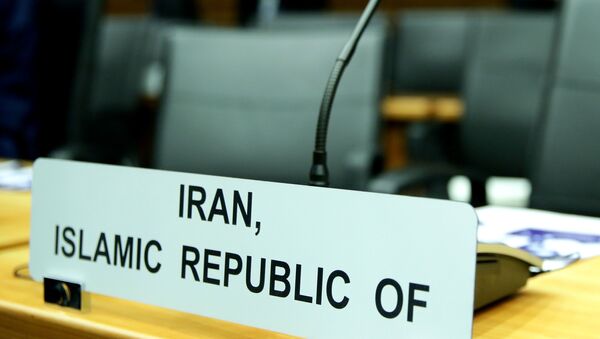 Trump has threatened to reinstate suspended international sanctions on Iran via a mechanism enshrined in the 2015 nuclear deal he quit two years ago. Washington insists that it technically remains a participant to the agreement despite objections from the remaining signatories.

Supporters of the Iran nuclear deal rightfully "argue that Washington, having withdrawn from the deal, has no standing to invoke its provisions". Bolton, a Trump ally turned bitter critic, wrote in a column published in The Wall Street Journal on Sunday.

"It's too cute by half to say we're in the nuclear deal for purposes we want but not for those we don't".

He added: "That alone is sufficient reason not to trigger the snapback process. Why afford any American legitimacy to this misbegotten creature? Further, the UN Charter allows no vetoes to decide 'procedural' questions, and that is how between nine and 13 members may categorise, and thereby stymie, Mr Trump's ploy".

Iran's Foreign Minister Mohammad Javad Zarif picked up the comments, tweeting: "At least he is consistent - a trait notably absent in this US administration".

.@AmbJohnBolton has repeated today what he said on May 8, 2018, while National Security Advisor in the Trump administration.

At least he is consistent—a trait notably absent in this US administration.

US recourse to Dispute Resolution Mechanism in 2231 has NO LEG TO STAND ON. pic.twitter.com/txNBhyOkv4

​The United States has long accused Iran of violating the 2015 nuclear deal – a charge Tehran staunchly denies – and unilaterally quit the agreement in May 2018. The remaining signatories – Russia, China, France, Germany, and the UK – condemned the move and remained committed to the deal.

Since launching a "maximum pressure" campaign to force Iran into a new agreement through crippling economic sanctions and military threats, the Trump administration has sought to extend the United Nation’s ban on sales of conventional weapons to the Islamic Republic, which is currently set to expire on 18 October.

On 14 August, the UN Security Council rejected a US-sponsored resolution that would have indefinitely extended the embargo in a 2-2 vote with 11 abstentions – far short of the minimum 9 votes required for adoption.

China, Russia, and the Europeans all abstained, and Iran mocked the US for getting support from just one other country, the Dominican Republic.

Donald Trump then repeated his threat to trigger the suspended United Nations sanctions against Iran – as opposed to unilateral US sanctions – via the so-called "snapback" mechanism embedded in the nuclear deal. Snapback sanctions can be re-imposed even if only one permanent member wants them.

They include an indefinite embargo on the transfer of conventional arms to and from Iran, an indefinite ban on international support for Iran’s ballistic missile programme, a ban on all testing and development of nuclear-capable missiles, a halt on all enrichment-related activities, as well as travel bans and asset freezes for sanctioned individuals.

"Well we knew what the vote was going to be but we'll be doing a snapback, you'll be watching it next week", Trump said on Saturday.

The move has drawn skepticism from allies, who said the United States has no right to trigger a vote because it withdrew from the accord.

Washington claims that it technically remains a participant because it was listed as such in a 2015 Security Council resolution that adopted the deal and was never removed from the original list of participants.

The discord between Washington and other permanent Security Council members is threatening to plunge the body into one of its biggest diplomatic crises.

Russian President Putin has called for an emergency summit of world leaders to avoid an escalation of tensions in the Gulf, but Trump said he would "probably not" sign up for it.