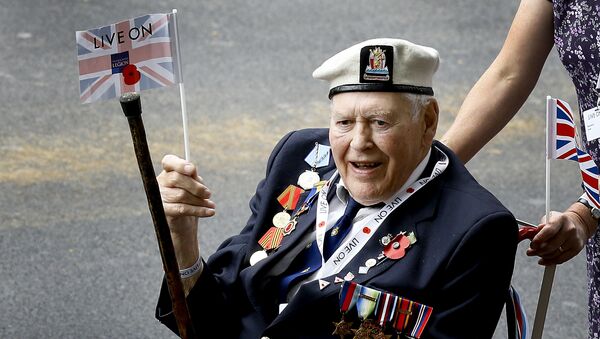 © AP Photo / Kirsty Wigglesworth
Subscribe
Emperor Hirohito publicly announced the surrender of Imperial Japan on 15 August 1945. That day is commemorated in the UK as Victory in Japan Day, although the surrender document was formally signed only 18 days later.

Members of the British royal family will lead tributes commemorating the end of the Second World War on Saturday.

Prince Philip will appear on screens across the UK in a photo montage with other WWII veterans, while Prince Charles and his wife, Camilla, will observe a national two-minute silence at 10:00 GMT to be broadcast on the BBC.

Prime Minister Boris Johnson is scheduled to read the Exhortation – part of a war poem pinned by Robert Laurence Binyon called “For the Fallen” – ahead of the silence. 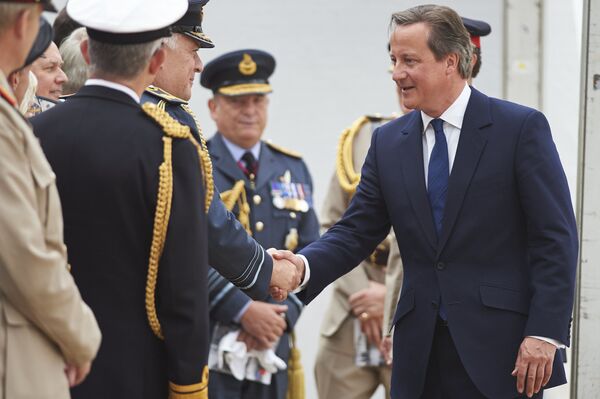 British Prime minister David Cameron (R) speaks to members of the armed forces during a Service of Commemoration and Drumhead Service on Horse Guards Parade in central London on August 15, 2015, to mark the 70th anniversary of VJ (Victory over Japan) Day.
© AFP 2021 / Niklas Halle'n

Prince William will also feature in VJ Day 75: The Nation’s Tribute, a special pre-recorded BBC programme about members of the Far East campaign. It will be aired from 19:30 GMT.

Union flags will be flown at full mast all day, and the famous Red Arrows will perform a flypast above Edinburgh, Belfast, Cardiff and London.

The 15th of August is the official VJ (Victory in Japan) Day for the United Kingdom and several other countries, including Australia, Canada, New Zealand, North Korea, South Korea and The Netherlands. Military memorials also take place on 15 August in Japan, India and Nepal. On this day in 1945, Emperor Hirohito announced his country’s surrender in the Second World War. 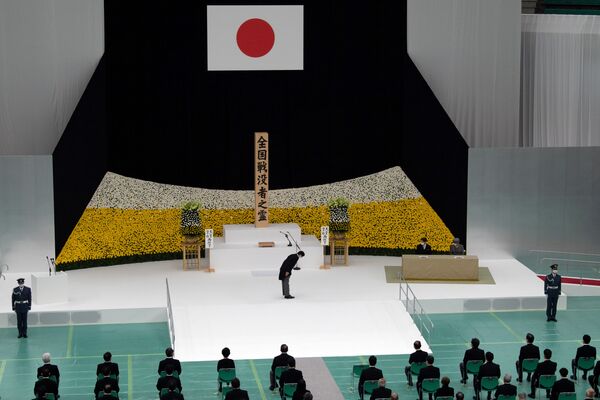 His announcement followed the US atomic bombings of Hiroshima and Nagasaki and a crushing defeat of Japanese ground forces in Manchuria by the Red Army. The formal surrender, however, didn’t take place until 2 September, which is when the end of the war is celebrated in the United States.

Russia, mainland China, the Philippines and Taiwan celebrate the holiday on 3 September.

000000
Popular comments
Isn't it funny how the British celebrate WWII? They lost at first along with France and then the entire British army was sitting duck in Dunkirk when Hitler committed one of his first biggest blunders by not taking them out. Then they lost their entire empire. It was Britain that wanted WWII, not Germany. Germany had no choice but to fight, the British did and lost everything and call it a victory lol

tsader
15 August 2020, 11:22 GMT4
000000
WW2 smashed any revolt from Germany and Japan to change the world order and share resources equitably. German was pushed to invade Russia and Japan to invade China and Indochina for surviving. Clever people will never know about the proper reasons for WW2. Only the victors wrote the history, and that are the books I have read.