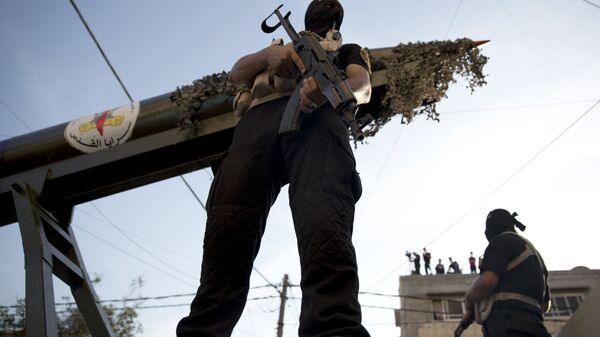 Ilya Tsukanov
All materialsWrite to the author
On Thursday, US President Donald Trump announced that Israel and the United Arab Emirates had reached a deal aimed at fully normalising relations and establishing diplomatic ties, with the UAE set to become the third Arab nation to do so. Officials in Iran, Turkey and Yemen have slammed the agreement, calling it a ‘betrayal’ of the Palestinians.

The Israeli-UAE Abraham Accords to establish diplomatic relations will turn the oil-rich sheikdom into a target for the anti-Israeli “resistance,” Iran’s conservative Kayhan newspaper, whose position is said to echo that of Iran’s Supreme Leader, has warned.

“The UAE’s great betrayal of the Palestinian people and its signing of an agreement to normalise relations with the Zionist regime, if it has only one result, it will be to turn this small, rich country, heavily dependent on security, into a legitimate and easy target for the resistance,” the newspaper noted.

According to the daily, the efforts by the “reactionary Arab regimes” of the Gulf to move closer to Israel has intensified under President Trump.

“Saudi Arabia, the United Arab Emirates and Bahrain are three countries which have stabbed the Palestinian people in the back many times in the past few years. The culmination of these betrayals was Trump’s announcement of a ‘Deal of the Century’ plan in the shadow of the support of these three dependent Arab countries,” the paper suggested.

‘Huge Mistake’: Iran’s Rouhani Decries Israel-UAE Deal as Betrayal of Arabs
“To justify their tremendous stupidity, UAE officials have said that they had been able to stop the occupation plan of the [Israeli] regime (the plan to annex 30 percent of the West Bank to the occupied territories). Benjamin Netanyahu immediately said that this plan had not been stopped but only delayed! US Ambassador [to Israel] David Friedman has also stated that the accession plan has not been abandoned!” Kayhan added.

The reason the UAE agreed to the deal, according to the newspaper, “goes back to the lack of independence of the Persian Gulf states and the fact that the reactionary Arab sheikhs are not even allowed to drink a glass of water without Washington's permission”. Politically, the peace deal is aimed at improving Trump’s chances in the upcoming election, and to provide support for Israeli Prime Minister Benjamin Netanyahu, “who is deeply involved in a political, social and internal security crisis”.

Ultimately, Kayhan warns that “the dagger that the UAE struck Palestine with from behind will not affect the determination of the Palestinian resistance groups and their supporters, but will have a profoundly negative effect on the small and sparsely populated kingdom…The existence of the UAE is 100 percent dependent on economic enterprises and the presence of foreign capitalists who will flee without security. Announcing the normalisation of relations [with Israel] is suicide…and will make the UAE an easy target for resistance groups.”

Iranian authorities have formally attacked the Israeli-UAE deal, with President Hassan Rouhani calling the agreement a “very big mistake” and urging Abu Dhabi to “reverse their approach and realise that this is the wrong path”.

Other countries in the region with poor relations with Israel have also criticised the agreement, with Turkish President Recep Tayyip Erdogan threatening to sever diplomatic ties with the UAE and close Turkey’s embassy in Abu Dhabi.

With the formal signing of the agreement at the White House expected to take place three weeks from now, the UAE will become the third Arab nation in 41 years to reach peace with Israel. Egypt did so in 1979, while Jordan did so in 1994.