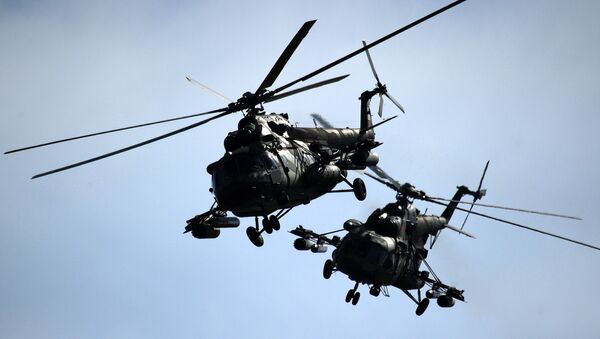 UNITED NATIONS (Sputnik) – UN Secretary-General Antonio Guterres has called on the Belarusian people to settle all their post-election differences through dialogue, his spokesperson Stephane Dujarric said.

"The Secretary-General calls on Belarusians to address post-election grievances through dialogue to preserve peace in the country", Dujarric said late Friday.

On Sunday, Belarus held a presidential election. According to the Belarusian Central Election Commission, incumbent Alexander Lukashenko secured his sixth term with over 80 percent of the vote. The country’s opposition, which has consolidated around presidential candidate Svetlana Tikhanovskaya, has challenged these election results, accusing the authorities of massive falsifications during the voting.

Since the announcement of the official results, opposition rallies have engulfed Belarusian cities, with security forces trying to put them down with force using tear gas, water cannons, rubber bullets and stun grenades. People who had been detained and later released said that many detainees faced police abuse, but the Interior Ministry has denied that.

MOSCOW (Sputnik) - Belarusian Ambassador to Slovakia Igor Leshchenya has become the first head of a diplomatic mission to declare support of protests across the country following the presidential election.

"I am in solidarity with those who have taken to the streets of Belarusian cities in peaceful marches so that their voices are heard ... I sincerely hope that my country's future will be based on taking into account stances of all social strata and representatives of various political forces. The Belarusians have suffered for this right," the ambassador said in a recorded address.

NEW YORK (Sputnik) - A rally in support of protests in Belarus took place near the UN headquarters in New York, a Sputnik correspondent has reported.

Dozens of people dressed in white and red gathered in a small park across the headquarters, carrying flags and placards. One of the organizers, who introduced herself as Anna, told Sputnik that the event was an expression of solidarity with the Belarusian protests.

"We call on the UN to stop violence in our homeland, release everyone, [and to make it] so there is no continuous persecution, via all possible mechanism at their disposal," the activist said, stressing that the protesters do not recognize the results of the recent presidential election.

The technical personnel of the Belarusian state national TV and radio company have announced their intention to go on strike, but the move will not cause disruptions in broadcasting, according to the Belarusian union of journalists.

Belarusian President Alexander Lukashenko issued an order to transfer an air assault brigade from Viciebsk to Grodno due to an escalated situation on the country's western borders, according to state-run news agency Belta.

President of Belarus, Alexander Lukashenko, said on state-run TV on Saturday that an air assault brigade would move to the country's western border.

Earlier in the day, Lukashenko expressed his concern over increasing military activity in Poland and Lithuania which he described as a military build-up.

MINSK (Sputnik) - The Belarusian Defense Ministry on Saturday rejected reports spread on social media that "Serbian mercenaries" were operating in the country as "another fake" story.

"The Defense Ministry informed [the public] earlier that Belarus would host three contests of the International Army Games 2020... One of them, called the Sniper Frontier, will take place in Brest and involve the Serbian armed forces," the ministry said on Telegram.

Serbian personnel arrived in Belarus on Monday. The games are scheduled to begin on August 23. The ministry said Serbian service members were gearing up for the games at the training grounds in Brest together with Armenian soldiers.

Lukashenko Says Agreed With Putin That Russia Will Help Maintain Security in Belarus If Needed
16:27 GMT 15.08.2020

MINSK (Sputnik) - Media workers at Belarus' National State TV and Radio Company (BT) are ready to go on strike as soon as this weekend, an anchor for two news channels said Saturday.

"Employees are prepared to go on strike. It is hard to say what percentage [of all workers are]," Natalia Bibikova said.

Bibikova, who is also a news director, said the strike was scheduled for Monday, "but events are progressing in a way that it could take place earlier," she added.

The journalist walked out of a BT meeting with Natalia Eismont, a spokeswoman of Belarusian President Alexander Lukashenko, who was re-elected for a sixth term last Sunday in a vote that the opposition has described as rigged.

MINSK (Sputnik) - A protest is taking place on Saturday near the building of the National State TV and Radio Company of Belarus in Minsk, where Belarusian presidential spokeswoman Natalya Eismont and the speaker for the upper house of the parliament, Natalya Kochanova, arrived to communicate with the company's employees, a Sputnik correspondent reported.

Earlier, rumours emerged in social media that some employees of the broadcaster wanted to launch a strike amid protests in the country.

According to the company's employees, the meeting with the staff was convened urgently and is held behind closed doors.

The protesters are chanting slogans accusing the company of telling a lie and urging to show the facility at Akrestin Street where all those detained during post-election protests are held.

KIEV (Sputnik) - A peaceful rally in solidarity with Belarusians protesting against the recent presidential election results was held on the glass bridge near the Peoples' Friendship Arch in Kiev, a Sputnik correspondent reported on Saturday.

Since Monday, rallies in solidarity with Belarusian protesters opposing the outcome of the presidential vote have been taking place near the country's embassy in the Ukrainian capital.

About 200 youngsters holding white flowers and white-red-white flags of Belarus, the country's official flag before 1995, have formed a human chain of solidarity on the glass bridge. The protesters also held posters saying "Long live Belarus" and "Violence is a sign of powerlessness," among others. They sang a lullaby in the Belarusian language, after which formed a big heart on the square near the People's Friendship Arch and dispersed.

Mass protests have been ongoing in Belarus since the late hours of Sunday, when the first election results showed Lukashenko secure his sixth term with over 80 percent of the vote, and the opposition challenged the outcome.

The demonstrations have been harshly suppressed by the security forces, with law enforcement officers using tear gas, water cannons and rubber bullets on protesters. Hundreds of people, including more than 100 security officers, were injured in clashes that erupted. According to the Belarusian Interior Ministry, one protester was killed as a result of the blast of an unidentified explosive device in his hand that he tried to trow at law enforcement officers during riots late on Monday. Meanwhile, over 6,500 people, including domestic and foreign journalists, were arrested.

MOSCOW (Sputnik) - Former contender for Belarusian presidency Valery Tsepkalo who fled the country in July rejected on Saturday bribery accusation and said that the case against him was politically motivated and not supported by evidence.

The ex-diplomat and entrepreneur told Sputnik earlier in the day that Belarus had launched a criminal probe accusing the politician of taking a bribe in 2012, and issued a wanted persons notice for him.

According to the politician, three months ago, when President Alexander Lukashenko started accusing him of taking a bribe, he proposed the leader to publish all information related to the matter so that all people knew about it.

"And no one has published anything yet. There are no facts. There are only claims from a certain person who was paid to issue them. For three years now, I have not been occupying a [public office] position. Where were you before [with your accusations]? And as soon as I ran for the presidency, everything immediately was brought to limelight," Tsepkalo added.

In 2014-2015, Tsepkalo — the former administration head of the Belarus Hi-Tech Park — and a Turkish businessman residing in Belarus, Sedat Igdeci, were involved in a trial over a dispute over the quality of the politician's private house build by the businessman's company, which resulted in a settlement agreement. Later, the businessman said that he had information about law violations and bribes during the construction of facilities for the Hi-Tech Park. The politician and his team have repeatedly denied Igdeci's claims.

In July 2020, Tsepkalo slammed as insinuations the businessman's accusations against him. Tsepkalo added that he was a victim and appealed to the prosecutor's office. The businessman, in turn, filed a lawsuit against Tsepkalo. As a result, the Belarusian Central Election Commission did not register the politician as a presidential candidate over information discrediting his honor and business reputation.

MOSCOW (Sputnik) - Valery Tsepkalo, a former contender for Belarusian presidency who fled the country in July, said on Saturday that a criminal probe had been launched into him back at home.

"I have information that there's a case [against me]. The document I saw proves they have even issued a wanted persons notice for me," the ex-diplomat and businessman said.

Tsepkalo, an entrepreneur and former ambassador to the United States, is believed to be in Ukraine, while his wife is reportedly in Russia.

MOSCOW (Sputnik) - The situation in Belarus continues to be destabilized, with the crisis already involving the manufacturing workforce, President Alexander Lukashenko said on Saturday at a meeting of the country's General Staff.

"You know as well as I do what is happening in the country. They slowly begin or continue to destabilize the situation, our society. They have reached workforce. I have said this many times. I just want to say once again that nothing will work out of it," Lukashenko said, as quoted by the Belarusian state-run Belta news agency.

In addition, the president warned the opposition against threats to security officers and their families, saying the military has enough resources to ensure the protection of their families and security in the country.

"Do not play with fire! Our military has enough resources to protect themselves, their families and ensure security in the country," the president noted.

"These problems should not be exploited by destructive forces seeking to harm the mutually beneficial cooperation between the two countries within the framework of the union state", the Kremlin said in a statement after the two presidents spoke over the phone.

"We see what is happening. No need to lull us with peaceful actions and demonstrations. We see what is really going on. We see it very well. Then again we have read the manuals of colour revolutions. Moreover...elements of external interference have already appeared," Lukashenko said at a meeting in Minsk, as quoted by the state agency Belta.