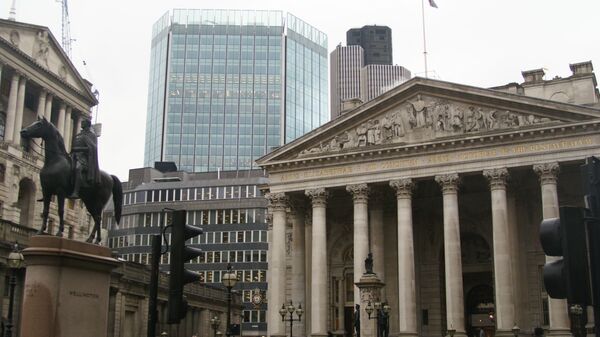 Neil Clark
All materials
The UK’s economic output shrunk by 20.4% in the second quarter of 2020, plunging the country into its deepest recession since records began. But as bad as that was, things will only get much worse, unless there‘s a complete change of course from the government and the Coronavirus Act is repealed.

It’s official. Britain’s GDP fell by more than any other G7 nation in the three months to June. Most of that time the economy was in some form of lockdown. Those of us who warned of the dire consequences of shutting down the economy for such a long period were attacked at the time, but too many it seems were lulled into a false sense of security by Chancellor Rishi ‘Sunny, Smiley’ Sunak’s furlough schemes. What was so bad about staying at home for a few weeks (originally it was supposed to be only three but then of course it became much longer), and getting paid by The State to do it? That was the prevailing view.

Now though, the sunshine has disappeared (literally) and its payback time.  The UK employment rate fell by 220,000 between April and June, the largest quarterly drop for over a decade. That’s nothing though compared to what is likely to happen as the government's furlough scheme is wound down. It was revealed in the week that one in three UK firms was planning to lay workers off in the next few weeks. Unemployment is expected to more than double by Christmas.

Extended lockdown supporters are now clutching their pearls and telling us how appalled they are by it all, but is the rise in joblessness any wonder given the fall in aggregate demand that the lockdown triggered?  Every time it seems things were getting better, the government introduced measures which have kyboshed any hope of a recovery. Take mandatory masks. We were told there was no need to wear them in March, when the virus was supposedly at its peak. But we were instructed to wear them in high summer, when it had clearly petered out!

In June, as lockdown was eased, the economy did start to grow, by 8.7%. But at the very moment when people were starting to get out and about more, and a sense of normality was gradually returning to shopping centres, the government mandated mask wearing in England! The result: a dip in footfall. How utterly unsurprising.

On Wednesday the Chancellor urged Britons to do their bit for the economy, but the brutal truth is that we are heading for the worst depression in our history unless the ‘New Abnormal’ of enforced social distancing , mandatory masks and other restrictive measures are scrapped without delay. Many sectors of the economy are simply not viable if social distancing is maintained. How can sports venues survive if action has to take place ‘behind closed doors’ or with only a minimal number of ’socially distanced’ spectators?

Think of paying customers too. Who on earth would want to pay a tenner to sit in a stuffy cinema for three hours wearing a face-mask? Or to go to a football match and not be allowed to sing or chant in support of your team?

If the joy and pleasure of going out is removed, then fewer people are going to do it. Just compare what you spent in March-July 2020 with your expenditure in the same period in 2019. And think of that reduction in spending being multiplied by many millions of people across the country. It beggars belief that anyone thought we could get through this without massive harm being inflicted.  People forgot that if you don’t sow, you don’t reap.  The economic illiteracy has been quite remarkable.

The government’s mixed-messaging has made a bad situation even worse. You can’t on the one hand encourage people to get out and let the moths out of their wallets and purses, while at the same time still be trying to scare the public witless about ‘Coronavirus’ (note, it‘s not no longer referred to ‘Covid-19 ‘ as daily deaths have dwindled to single figures, even zero on occasion, but is reverting to a generic title), and presenting it as something akin to the Black Death.

When Will UK's Economy Overcome COVID-Related Recession & Return Back on Track?
To get spending patterns back to what they were in 2019, the government needs to encourage people to behave normally again but forcing them to dress up like Darth Vader when they pop out to buy a pint of milk from Tescos goes totally against that. One can only conclude that making things appear abnormal is all part of the ‘Project Fear’ plan. That was certainly the impression I got from the comments of Dr Gabriel Scally of the Independent Sage group who wants Wales to make face-masks mandatory in shops too. Scally said: ‘But it's not just the evidence, it also acts as a reminder that these aren't normal times and that we've all got to change our behaviour."

But at what cost to our society and our economy?

The next few weeks will be crucial in determining whether we avoid a depression that will be far worse than that of the early 1930s, or, if at least some of the ‘old’ economy can be preserved from the 2020 lockdown disaster.

Quite obviously, what is going on now- in August- has little or nothing to do with ‘public health‘ any more  but is about using the cover of a virus to radically restructure not just our economy but the way we live our lives. The political elites, not just in Britain but in other European and Anglosphere countries too, seem determined to usher in - literally at any cost- an anti-human ‘New Normal’ , and implement the hardcore globalist World Economic Forum‘s ‘Great Reset’.

You could even see what has been going on in 2020 as a ‘controlled explosion’ of the old economy with its replacement by a new one, which will need far less ‘workers’ to operate.

The thing about explosions though is that people tend to get hurt or killed. Much of the damage that has been done so far in 2020 cannot be reversed, but we can, by making our voices heard, at least try to salvage something from the wreckage before its too late.