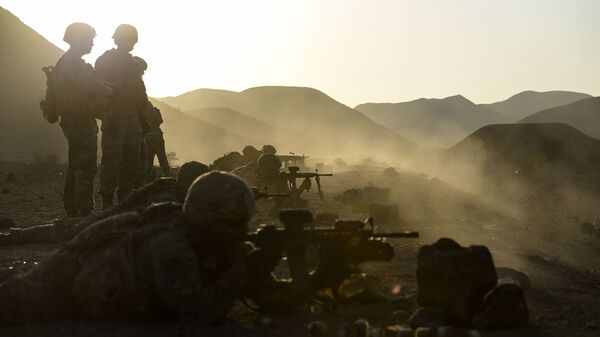 A shocking new report by a South African paper has revealed US Special Forces are operating in 23 different African countries. A journalist told Sputnik that while Washington says its forces aim to combat terrorism, in reality their presence fosters it.

In a new report by the South African newspaper The Mail and Guardian, the magnitude of US special operations on the continent is revealed to be far greater than previously known. The report shows that US Special Forces operated in 23 African nations in 2019 - 22 nations under the watch of US Africa Command (AFRICOM), plus Egypt, which the Pentagon categorizes as part of the Middle East.

This, the report notes, accounts for more than 14% of all US special ops deployed overseas, the largest percentage of any region except the Middle East. In addition, US troops have seen combat in 13 African nations.

MintPress News senior staff writer Alan MacLeod told Radio Sputnik’s Political Misfits Thursday that deploying US troops to combat terrorism is a “self-fulfilling policy,” since the presence of foreign troops tends to encourage asymmetric types of resistance such as terrorism.

Long US Presence in Africa

“The claimed role is that they are really on so-called ‘AAA’ missions, which is advise, assist and accompany, and often they are there to train local government forces in the fight against Boko Haram and other Islamic or jihadist groups. But in reality, the sort of lines between advising and assist missions do get kind of blurred when bullets start firing, and as you said, American soldiers do, from time to time, actually die in these conflicts.”

“We do know that the US has been involved in … combat in 13 different African nations over the past few years,” MacLeod said. He also noted the construction of “a huge drone base” in Niger, “which allows the United States to fly drone operations all over the north and west of the continent from one place.” 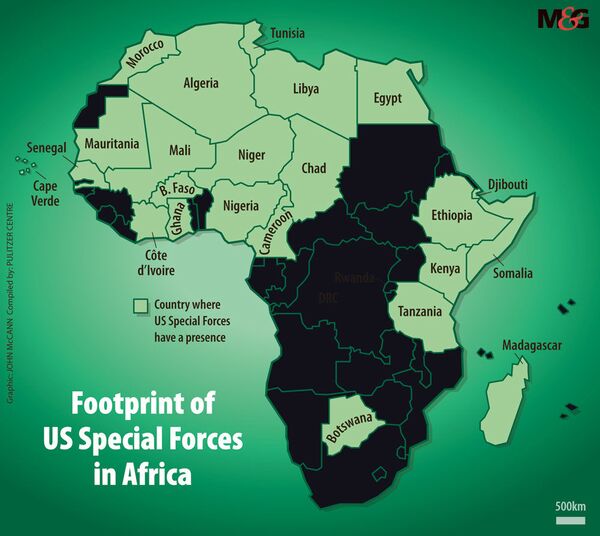 A map of African countries in which US Special Forces conducted operations in 2019
© John McCann, Pulitzer Centre

Many of these operations are permitted under US law by the 2001 Authorization for Use of Military Force Against Terrorists (AUMF), which gave the president broad authority to use "force against those nations, organizations or persons he determines planned, authorized, committed, or aided” the September 11 attacks.

However, as Sputnik has reported, the standards governing these operations have steadily slipped, with the Trump administration discarding consideration for potential civilian casualties entirely. Only persistent pressure and on-the-ground reporting in Somali communities hit by US airstrikes by Amnesty International has compelled AFRICOM to admit to having killed or injured any civilians at all in the last few years.

Now, AFRICOM presents quarterly reports on civilian casualties from its operations, but even these leave much to be desired, as the command’s intelligence considerations prior to strikes remain unchanged from before. 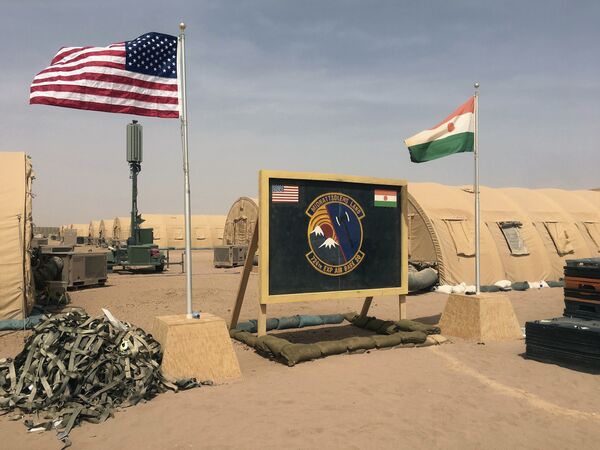 In this photo taken Monday, April 16, 2018, a U.S. and Niger flag are raised side by side at the base camp for air forces and other personnel supporting the construction of Niger Air Base 201 in Agadez, Niger.
© AP Photo / Carley Petesch

MacLeod noted that the nations in which US Special Forces are operating are primarily located in northern and western Africa, “which is where we’ve seen a lot of fighting, a lot of jihadist groups rise. Of course the US is in Libya and Egypt, for instance, which have long had a lot of problems, at least since 2011. And there’s also quite a large presence of the US in the Horn of Africa, where they’ve actually been there for a few decades. You might remember the [2001] film ‘Black Hawk Down,’ which was set in Somalia: well, US troops have been there for decades and very often do get into some quite sticky situations.”

“Really, a lot of the presence there is all about training local troops, local police forces, to basically seal in the status quo, which is very useful for Washington right now,” MacLeod said.

In recent years, the Pentagon has trained what Maj. Gen. James Hecker, vice director for operations of the Joint Staff, called "viable surrogate forces… at relatively low cost in terms of resources and especially risk to our personnel” via the 127 Echo program. 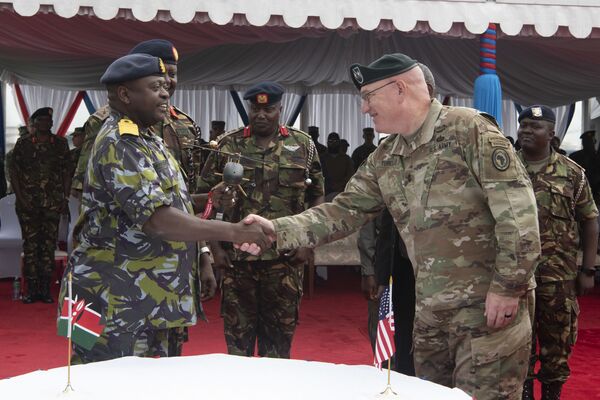 As Sputnik has reported, the purpose of 127 Echo is to free up US troops in Africa for use in other theaters, where they can more directly confront Russia and China, as Pentagon strategy now prioritizes. Congress has provided $100 million a year for at least eight 127 Echo programs, according to the Intercept.

However, contrary to the idea that US troops are being dispatched to countries to fight terrorist forces already embedded in the population there, MacLeod said the troop deployments were “kind of a self-fulfilling mission.”

“If you send any foreign troops to a region, it’s going to spark hostilities, and if you start bombing a country, terrorism is always the likely outcome. So it’s kind of a self-fulfilling policy, where the more you bomb, the more terrorists you get, which justifies more presence there and more bombing, which will do the same thing,” he said.

“We see that in the Middle East constantly: we were told the Afghanistan war was all about stopping terrorism, when in fact the military documents show that planners knew that terrorism was very likely going to increase up to sevenfold if the US did, indeed, bomb Afghanistan. And that’s pretty much what we saw.” 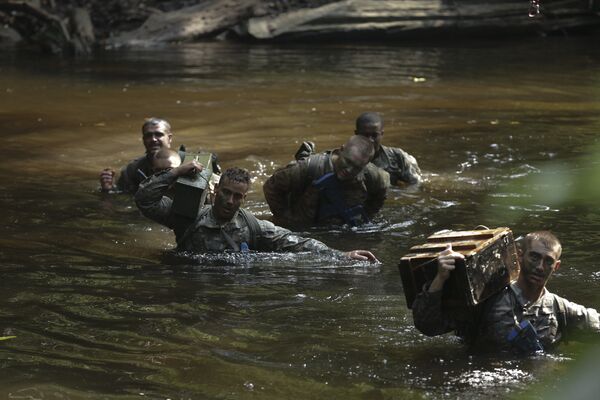 “For a number of decades now, the general trend has been to outsource things to privatized industries, both within the United States and without, and aid, international relations, are one of these things. There are many semi-governmental organizations working in Africa, ones that maybe 30, 40 years ago would’ve been part of the US State Department [but] are now these private companies offering services - security services, training, etc. -  to African leaders, African militaries.”

Part of the reason for this, MacLeod noted, is that the death of such a contractor doesn’t demand the same media attention or bring the same public outrage that the death of a uniformed US soldier might. It also gives the US government “plausible deniability,” as in the recent case of mercenaries from contracting group Silvercorp who were apprehended in Venezuela, whom Washington disavowed.

‘Double Standard’ Applied to US, China

The journalist cautioned that even in cases where the presence of US soldiers or contractors is seemingly welcomed by the government of an African country, in reality, because of the disparate wealth gap between them, the poorer nation may still feel compelled to accept US money to build a base there out of its own poverty, which ultimately stems from the legacy of European colonialism. The US, he noted, would never accept the opposite relationship, if Nigerien soldiers wanted to fly combat drones over Chicago, for example.

By contrast, while Western journalists often point to Chinese trade agreements with African nations as a new kind of imperialism on the continent, they would scarcely apply the same criteria to the US presence, which is magnitudes larger and more hostile.

“The United States, as we said, operates in 23 countries on the continent [including Egypt], whereas China has just recently finished one naval base on the horn of Africa, which is specifically about protecting trade lines, which is what the United States wanted them to do,” he noted. “So I think there’s kind of this double standard where a lot of people in the US, credentialed people, see China’s role as fundamentally negative and very imperialist, but don’t really see  the United States’ role in the same way - in fact, it would barely even occur to them to talk in these ways about the United States in Africa.”