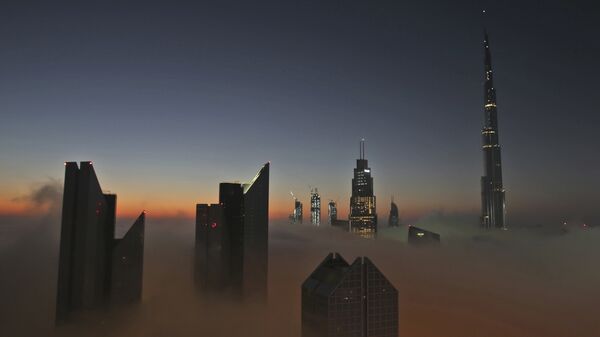 Evgeny Mikhaylov
All materialsWrite to the author
On Thursday, US President Donald Trump announced that Israel and the United Arab Emirates had reached an agreement to establish full diplomatic ties in exchange for Tel Aviv suspending its planned extension of sovereignty over the West Bank.

Iran has slammed a deal concluded between the United Arab Emirates (UAE) and Israel that envisages normalisation of relations between the two states as "dangerous and illegitimate".

"The shameful measure by Abu Dhabi to reach an agreement with the fake Zionist regime (Israel) is a dangerous move and the UAE and other states that backed it will be responsible for its consequences", the Foreign Ministry said, according to IRNA. "This is stabbing the Palestinians in the back and will strengthen regional unity against the Zionist regime". 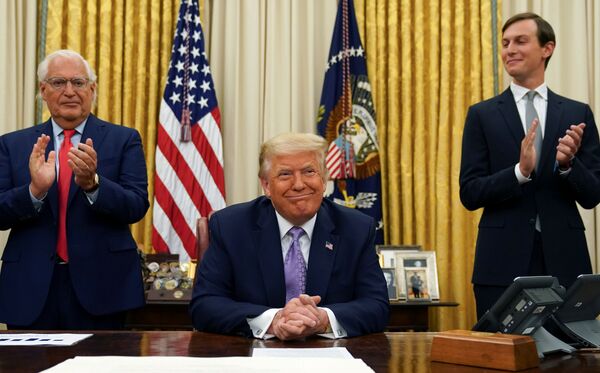 On Thursday, the United States, joined by the UAE and Israel, announced a deal between the three countries that envisages the normalization of relations between Abu Dhabi and Tel Aviv, with the Jewish state agreeing to halt its plans to extend its sovereignty over the West Bank territories.

Israel previously planned to declare its sovereignty over parts of the West Bank marked for its appropriation under Trump's so-called "deal of the century". The extension was suspended, as Washington urged the Jewish state to halt the plans. Israeli Prime Minister Netanyahu, however, stressed following the agreement, that "annexation plans are still on our tables", as the halt is not permanent.

Trump: Suspension of West Bank Annexation 'Great Concession' by Israel
With the agreement, the UAE becomes the third Arab country to establish full diplomatic ties with Israel, after Egypt and Jordan, and the first such country in the Gulf to do so.

In a Thursday statement, a Palestinian National Authority spokesperson said that the Palestinians condemn the announced agreement between Israel and the UAE.

"The Palestinian leadership announces its strong rejection and condemnation of the trilateral agreement to normalise relations between Israel and the UAE, mediated by the United States", the statement read.

The spokesperson noted that the PNA "views this step as an attempt to undermine the Arab peace initiative and the Arab League decision", branding it "an aggression against the Palestinian people".