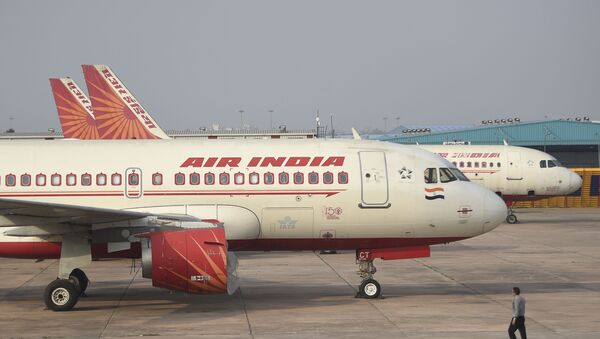 Ashutosh Kumar
Sputnik correspondent
All materialsWrite to the author
New Delhi (Sputnik): In January, an empowered group of central officials led by Indian Home Minister Amit Shah approved the 100 percent privatisation of national carrier Air India. The Indian government invited Expression of Interest (EoI) from private players, which was delayed due to COVID-19. The fresh deadline is at the end of August.

India's Tata Group, having a huge presence in the steel, auto, information technology, and aviation sectors, is likely to make a formal bid for the country’s ailing state-run airline Air India.

The group has begun due diligence for putting in a bid to meet the end of August deadline.

Stating that Tata Sons is currently evaluating the government proposal and will consider a bid after due consideration and at an appropriate time, a Tata Group spokesperson revealed that "there is no plan to bring in a financial partner".

The Indian government has been planning to sell the flagging carrier for two years because it is incapable of managing the loss-making enterprise.

The government suggested that private players must absorb $3.10 billion of the airline's debt, while the balance will be transferred to a special purpose vehicle.

In fact, before the current round of privatising, an attempt to sell it off was made in 2018 as well. However, the offer did not generate interest from private players at that time as the government was only offering 76 percent in the airline, while this time around the government has offered 100 percent privatisation of the airline.