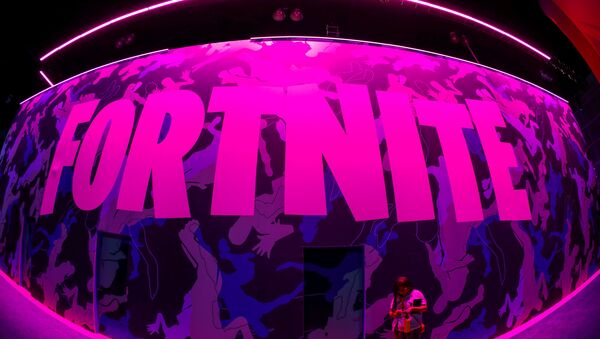 Muhammad Osman
All materialsWrite to the author
Earlier on Thursday, Epic announced that it would lower price points in the Fortnite game by 20 percent, claiming that it was not a sale; but instead new prices for the in-app currency in both the PC and console versions of the game. The company also introduced a new in-app direct-payment option on iOS and Android systems.

Epic Games on Thursday filed a lawsuit with the US Northern California federal court against Apple Inc. over the removal of its globally popular ‘Fortnite’ video game from the tech firm's App Store platform, insisting that the removal of the game was “anticompetitive conduct” by the giant technology company.

Apple removed the Fortnite game from its platform after developer Epic Games earlier on Thursday introduced an in-game direct-payment option to save 20 percent of the purchase fees for the App Store, with the option of purchasing through the App Store left in place.

Epic said that Apple obligates developers on its platform to use Apple's payment methods, costing some 30 percent of their revenue, and, in some rare cases, 15 percent.

Apple made exceptions in the past, however, to some “big tech” developers such as Spotify and Amazon, who had been permitted to collect subscription fees outside the App Store, according to The Hill.

“Apple’s removal of Fortnite is yet another example of Apple flexing its enormous power in order to impose unreasonable restraints and unlawfully maintain its 100% monopoly over the iOS In-App Payment Processing Market,” Epic said in its lawsuit.

The video game company pointed out that it is “not seeking monetary compensation” from the lawsuit, instead it is “seeking injunctive relief to allow fair competition” in the iOS distribution and iOS in-app payment markets.

“Epic is not seeking monetary compensation from this Court for the injuries it has suffered. Nor is Epic seeking favorable treatment for itself, a single company. Instead, Epic is seeking injunctive relief to allow fair competition in these two key markets that directly affect hundreds of millions of consumers and tens of thousands, if not more, of third-party app developers,” the game developer said.

Later in the day, Epic released a parody video mocking Apple. The company also launched a campaign via social media against Apple under hashtag #freefortnite, calling for Fortnite fans to take part.

“Apple is keeping prices high so they can collect 30% of your payments, and is blocking Fortnite in order to prevent Epic from passing on the savings from direct payments to you! Join the fight against @AppStore on social media with #FreeFortnite,” Epic said in a press release.

At the time of this article, there have been over 150,000 tweets with the new hashtag.

Commenting on the Epic filing, a spokesperson for Apple told The Hill that the video game company added the new payment method “with the express intent of violating the App Store guidelines regarding in-app payments that apply to every developer who sells digital goods or services”.

“Epic has had apps on the App Store for a decade, and have benefited from the App Store ecosystem — including it’s tools, testing, and distribution that Apple provides to all developers,” the spokesperson added.

The Fortnite game version for Android was later kicked off of Google’s Play Store, apparently for the same violation, The Verge reported on Thursday.

The wildly popular video game brought Epic Games some $2.4 billion in gross revenue in 2018 and $1.9 billion in 2019, according to The Verge.