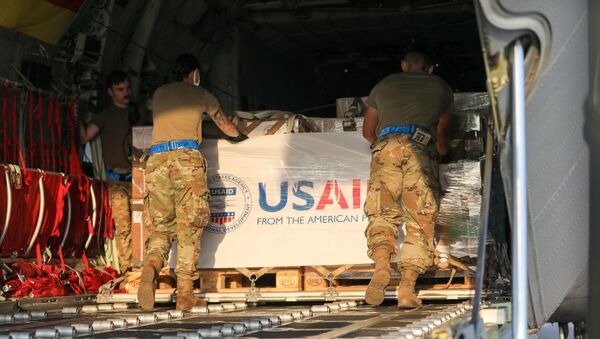 © US Army
Subscribe
Stars and Stripes reports hundreds of tons of humanitarian aid have been delivered to Lebanon by US military personnel since the August 4 explosion that occurred in Beirut.

Since August 6, airmen from US Air Forces Central Command and Air Mobility Command have assisted in the transportation and delivery of hundreds of tons of humanitarian aid, including goods such as food and medical supplies “designed to help local hospitals address critical medical needs,” according to Stars and Stripes, citing the United States Army Europe.

US soldiers and airmen also assisted in delivering International Emergency Medical Kits that contain medicines, gauze, bandages, gloves, syringes and thermometers for medical personnel and victims of the blast, which left more than 200 individuals dead or missing and injured thousands more.

Troops of the 21st Theater Sustainment Command reportedly assisted in the movement of some 21 pallets of supplies from the Netherlands. 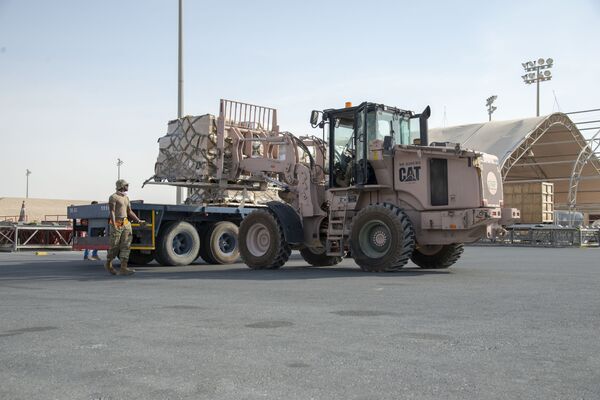 U.S. Air Force Airmen remove a load of humanitarian aid supplies, bound for Beirut, Lebanon, from a truck at Al Udeid Air Base, Qatar, Aug. 6, 2020. U.S. Central Command is coordinating with the Lebanese Armed Forces and U.S. Embassy-Beirut to transport critical supplies as quickly as possible to support the needs of the Lebanese people.
© US Air Force

“Support of this magnitude at such speed wouldn’t be possible without the joint effort of all members of Al Udeid Air Base, our US Army counterparts at Camp as Sayliyah and our gracious Qatari partners,” said Brig. Gen. Daniel Tulley, commander of the 379th Air Expeditionary Wing.

“In the wake of tragedy, it truly takes a combined effort to make the mission happen. We do this every day in Qatar, and that’s exactly what we are doing in support of the Lebanese Armed Forces.”

Pallets transported by the soldiers contained more than 28,800 ready-to-eat meals and 11,520 bottles of water. Two of the 11 pallets were said to be carrying medical supplies.

“US Central Command will continue to work with the Lebanese Armed Forces, US Embassy in Beirut and [US Agency for International Development] to provide support to the Lebanese people,” said a United States Air Forces Central Command video observed by Stars and Stripes.

“We are in this together.”

The outlet noted that some $300 million in aid has been pledged by international donors, and the number of people injured is around 6,000. Some 300,000 residents of Beirut remain homeless in the wake of the explosion, which is believed to have resulted from a fire igniting 2,750 tons of ammonium nitrate in a port warehouse.

000000
Popular comments
Lebanon, please say thank you but no thank you. Deliver what is here, then please leave. You will be expected to provide payback in the near future, and that is not a place you want to be. You have your country to take care of and being a vassal to the West has no place in that future.