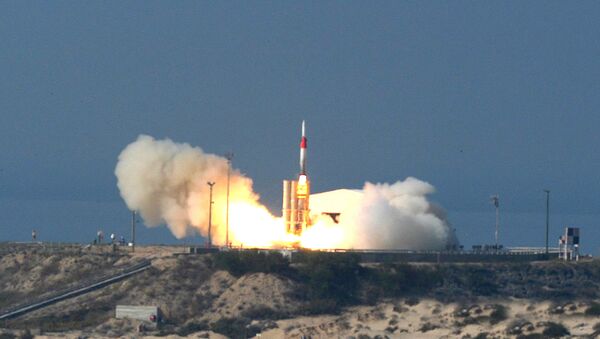 The Israeli Ministry of Defense announced on Wednesday it had test-fired an Arrow 2 ballistic missile interceptor.

The test was conducted in conjunction with the US Missile Defense Agency, according to a tweet by the Israeli Defense Ministry, noting more information would become available in the coming hours.

In the hours before the announcement, aircraft tracking sites noted that airspace over the Mediterranean Sea extending westward from the Israeli coast had been cleared of air traffic, save for an Israeli Air Force Boeing 737 test aircraft, indicating a likely imminent missile launch. A similar process happened the day prior.

The #Israel Ministry of Defense and the U.S. Missile Defense Organization have recently conducted a pre-planned flight test of the Arrow weapon system using an Arrow 2 interceptor. pic.twitter.com/5Pxq4Rx0yu

​​Israel has operated the hypersonic Arrow 2 missile system since 2000, designed to be more effective than its US counterpart, the MIM-104 Patriot air defense system. It has a maximum range of 93 miles and a top speed of Mach 9. A more advanced version, the Arrow 3, has since been introduced, which is believed to have anti-satellite capability.