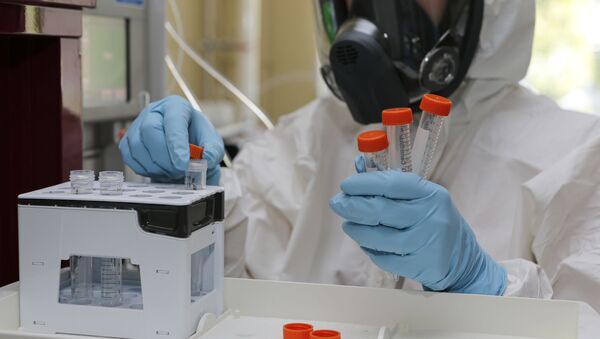 On 11 August, Russia registered the world's first vaccine against the coronavirus, dubbed Sputnik V. The vaccine was developed by the Gamaleya Research Institute.

Russian Health Minister Mikhail Murashko and the head of the Gamaleya Research Centre Alexander Ginzburg are holding a press conference in Moscow on Wednesday a day after the world's first vaccine against COVID-19 was officially registered in Russia.

The vaccine was registered as Gam-COVID-Vac, but was dubbed Sputnik V in reference to the first Soviet satellite, which, according to the official website of the drug, triggered global space research. Scientists believe that the Russian vaccine will similarly create a so-called "Sputnik effect" for the rest of the world fighting against the pandemic.

The vaccine is a two-component treatment based on the human adenovirus. It was created by the Gamaleya Research Centre and tested on two groups of volunteers, who subsequently developed immunity to the virus. The first COVID-19 vaccine registered in Russia is expected to become available to the wider public starting 1 January 2021.