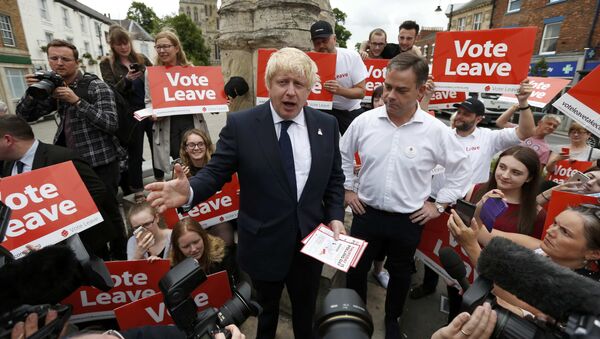 The Electoral Reform Society (ERS) welcomes the “much-needed progress”, adding it will close dozens of loopholes in UK campaign rules.

“For too long, our democracy has been wide open to anonymous ‘dark ads’, dodgy donors, and foreign interference online. This won’t solve all that, but it will help to plug one of the many leaks in HMS Democracy,” Darren Hughes, ERS Chief Executive, said.

Similar to the way other materials, such as leaflets and posters must show who is promoting them, online ads will have to show their source or authorship. What government officials call the identification of the “digital imprint” would cover content posted online to promote a political party or candidate and material related to a referendum all year around.

Political campaigning online to be made more transparent under new rules https://t.co/9yxUEleWUx

​Measures, hailed by the UK Minister for the Constitution & Devolution, Chloe Smith as one of the “most comprehensive set of regulations operating in the world today”, will ensure that online political campaigning in Britain is “more transparent.”

"People want to engage with politics online. That’s where campaigners connect with voters and is why, ahead of elections, almost half of political advertising budgets are now spent on digital content and activity. But people want to know who is talking. Voters value transparency, so we must ensure that there are clear rules to help them see who is behind campaign content online," Smith said.

Facebook welcomed the new set of regulations, saying it has “long called for updated rules for the era of digital political campaigning.”

"Facebook has led the way on online transparency by requiring all political ads on our platforms to have a ‘paid for by’ disclaimer and placing them into an Ad Library for everyone to see. We look forward to further engaging with the government on this important consultation,” Rebecca Stimson, Head of UK Public Policy at Facebook said.

The ERS stressed that UK ministers must not be able to shift the responsibility to “Silicon Valley giants” and called for “clear reporting standards so voters, the media and researchers can see who is trying to steer our debate in real time.”

We welcome this step to make online political campaigning more transparent but it needs to go further.

See thread and our policy paper for our calls for greater protection of our Data and Democracy.https://t.co/Ml1KVusg8x#WeHaveAnAnswerForThathttps://t.co/LH4ZJEo52L

1. A key point we have been campaigning for is going out to consultation by the Government. Digital ads will be required to carry an "imprint". It is certainly welcome but it is the bare minimum the Government could be doing as we mention in this BBC https://t.co/1B9zE8uDy7

​Concerns that voters could be steered by misleading online ads during an election or a referendum, turned more prominent, following the past five years of unprecedented political events in the UK. The Brexit referendum and the subsequent continuous turnover of Cabinet Ministers and Downing Street leadership, created uncertainty over the transparency of the election processes in the UK.

Boris Johnson today distancing himself from Vote Leave's lies about Turkey and the EU.

Here's what he and his campaign put out before the referendum. pic.twitter.com/Z4PELhWB5A

​According to the UK authorities, the new measures are meant to “allow campaigners, voters, and our independent free press to continue making judgments based on the strength of arguments.”

The digital imprint rules will not apply to unregistered campaigners who are not paying to promote content online.