Is War in the Air? US Anti-China Bellicosity May Push the World Over the Edge, Prof Warns 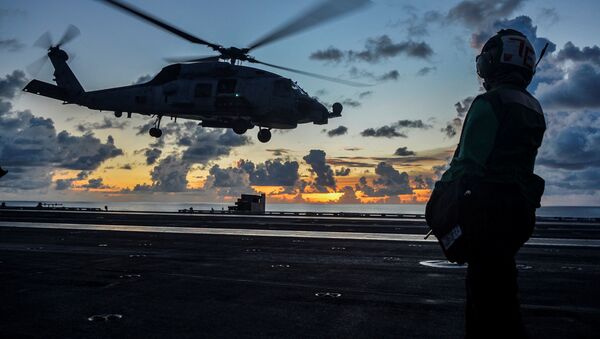 Ekaterina Blinova
All materialsWrite to the author
While the US is raising the stakes in its power game against the People's Republic of China (PRC), a tiny accidental spark may lead to a catastrophe, according to Dr Heinz Dieterich, coordinator at the World Advanced Research Project (WARP), who has outlined what could help the world prevent this outcome in a short and long-term perspective.

On 7 August, Hu Xijin, the editor-in-chief of Global Times, an English-language Chinese newspaper under the auspices of People's Daily, raised the question as to whether Washington or Beijing would have an upper hand if a war breaks out between the two nations.

"China certainly doesn't want a war", Hu writes. "My suggestion is that under no circumstances should the Chinese military fire the first shot. But I am confident that China will be well prepared to fire a second shot as a response to the first shot. On core interests, China will not back off".

The topic touched upon by Hu is symptomatic of the growing tensions between the two countries. Over the past few months, Washington has substantially stepped up its anti-China rhetoric over Xinjiang, Hong Kong, Taiwan, and the South China Sea, accompanying this with its sanctions policy and vilification of the People's Republic's governing party.

A Shooting Incident May Become the Trigger for a Big Crisis

The unfolding situation is fraught with risks and resembles Europe on the eve of the Second World War, presumes Dr Heinz Dieterich, director of the Centre for Transition Sciences (CTS) at the Autonomous Metropolitan University in Mexico City, and coordinator at the World Advanced Research Project (WARP).

"The situation, however, is now much more dangerous, because many states have infinitely more destructive power than the Nazis could ever dream of: technologies of mass destruction in the nuclear, biological, cyber and space-warfare fields", the professor warns.

The unfolding rivalry is not only political and economic, but also ideological, according to the professor. Speaking to the Washington Examiner on 5 August, Ambassador Sam Brownback, the State Department’s special representative for international religious freedom, remarked that the Trump administration does not regard the Chinese Communist Party (CPP) as “a legitimate system” of governance.

The US and China's systems of governance do have qualitative and structural differences, the academic notes, remarking that neither of them is perfect. Still, whether US policy makers like it or not, the legitimacy of the governing CCP is unquestionable in the eyes of the Chinese people, who regard it as representing the general interest and the public good, the professor points out.

Washington's distrust and hostile attitude towards the CCP did not start with Donald Trump, according to Dr Dieterich:

·         following the defeat of the Washington-backed Chinese nationalist party Kuomintang and establishment of the People's Republic of China, tension simmered between the latter and the US from 1949 to 1979;

·         under President Nixon, the US shifted to a soft power strategy eyeing a transformation of China's one-party system from within;

"Two years later Obama launched his Asia-Pivot strategy and in 2015 he said, that the Trans Pacific Partnership (TPP) allowed 'America – and not countries like China – to write the rules of the road in the 21st century'. Thus, he defined trade deals as an aggressive means to counter the non-existent threat from China", the professor elaborates.

He recollects that besides this, Obama rejected the Chinese invitation to join the Asian Infrastructure Investment Bank (AIIB) and pressured London to not join it either.

Although Donald Trump has vocally distanced himself from Obama's legacy from day one of his presidency, he, nevertheless, enhanced the previous administration's Pivot to Asia policy for his own electoral purposes and he is doing it now again, according to the academic.

But this time, Trump's "short-of-war" policy, which envisages maintaining US global supremacy in the fields of energy, finance, and high tech, could push the US and China to "a shooting incident with unforeseeable consequences", Dr Dieterich warns. 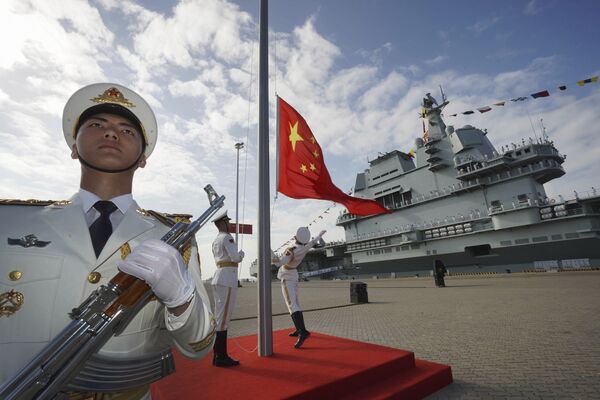 Meanwhile, the US has been raising stakes higher, with Secretary of State Mike Pompeo announcing the Clean Network programme last week which is aimed at "guarding" US sensitive information from "aggressive intrusions by malign actors, such as the Chinese Communist Party (CCP)". The initiative, recently dubbed by Quartz as a "digital Berlin Wall", focuses on five areas:

•             preventing Huawei and other Chinese smartphone makers from pre-installing or offering downloads of some US or foreign apps;

•             preventing US data from being stored on cloud-based systems accessible by tech companies Alibaba, Baidu, Tencent, and others;

•             ensuring that undersea Internet cables are "not subverted for intelligence gathering by the PRC".

In less than 24 hours, Trump administration issued two China-related sanctions, one targeting TikTok and WeChat, one targeting Chinese officials. In the previous day, it announced “Clean Network” plan. What would it be like in next 24 hours? Insane US election!

​While Russia and China are enhancing their partnership, the EU is facing a dilemma of whether to submit to the US will and upend lucrative collaboration with the People's Republic or continue to develop mutually-beneficial technological and financial cooperation with China.

All eyes are now on the bloc's flagship, Germany, which is being pressured by Washington into axing both the Russia-led Nord Stream 2 gas pipeline endeavour and the 5G telecom infrastructure project by Chinese tech giant Huawei. As of yet, Berlin has been reluctant to reject either project.

Russia and China need to strengthen their strategic alliance because it could serve as deterrence against bellicose adventurism of the US foreign policy establishment and their allies, according to Dr Dieterich, who sees the US, China, Russia, and the Germany-led EU as four "gravitational centres" of the world's politics.

"In the words of US Secretary of State John Quincy Adams (1823), the laws of 'political gravitation' work in a similar way as the laws in 'physical gravitation'", the academic explains. "Power and mass determine the orbit of all the lesser entities (objects) in the system". 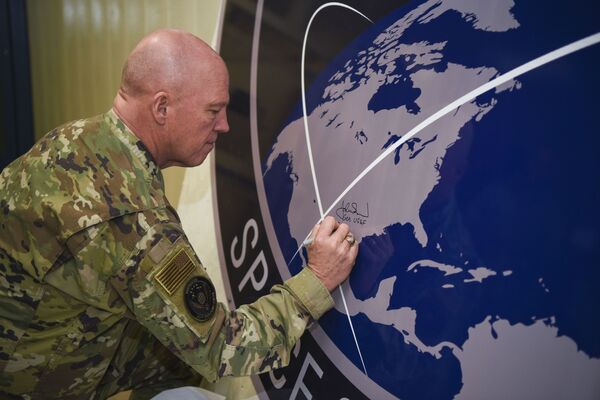 There is serious dissonance between the strategic global management of Western power elites which are stuck in the 19th century's "divide and rule" mindset and the advanced 21st century tools they have at their disposal to implement their outdated stratagems, according to the professor.

"The Western elites basically reason in terms of privatising and monopolising natural resources, social wealth and national, regional or global spheres of influence (geostrategic exclusion zones) and are willing to use military, political, cultural and economic coercion to impose them", Dr Dieterich observes. "Sun Tzu, Carl von Stauffenberg and the win-win strategy of game theory are discarded in favour of a zero-sum or lose-lose outcome".

To illustrate his point, the professor refers to the US Artemis Accords initiative which, according to him, amounts to nothing short of the "privatisation of the moon". It appears that Washington does not see any alternative to US dominance either on Earth or in outer space akin to a predatory “natural selection” – or Darwinistic "survival of the fittest" – behaviour, according to the academic.

"This dangerous mindset and political governance ideology of Western power elites is aggravated by the systematic de-culturisation of their citizens through the application of scientific and mass psychology manipulation methods, which amount to the Pavlovian conditioning of their citizens", the professor elaborates.

While currently the world's system remains inherently unstable, there is a need for a qualitative change of the global system towards the inclusive "democratic eco-civilisation for all of mankind", Dr Dieterich believes.