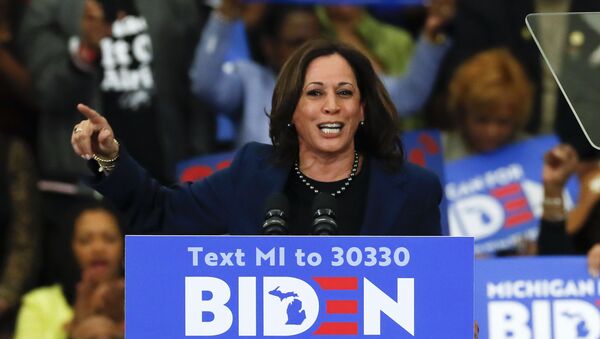 © AP Photo / Paul Sancya
Subscribe
Kamala Harris, a US senator from California and the daughter of Indian and Jamaican immigrants, was picked by presumptive Democratic nominee Joe Biden as his running mate, making her the first woman of colour to run on a major party ticket. US observers have discussed how Harris could change the balance of power in the 2020 race.

"Her record of accomplishment — fighting tooth and nail for what’s right — is why I’m choosing her", Biden said while announcing his decision to tap Harris for the job of vice president.

Commenting on his rival's decision, President Donald Trump called Harris "very, very nasty", adding that she's "the kind of opponent everyone dreams of" given her "weak" performance as a presidential candidate in the 2020 race.

.@KamalaHarris started strong in the Democrat Primaries, and finished weak, ultimately fleeing the race with almost zero support. That’s the kind of opponent everyone dreams of!

Nevertheless, the US media, including Fox News, suggested that Harris could be a hard nut to crack for the Trump team, while The Nation even went so far as to suggest that she will "shred Mike Pence" in the vice presidential debate on 7 October at the University of Utah, thus dealing a heavy blow to the 2020 election prospects of the Republican Party.

It’s certainly too early to predict an outcome of the vice presidential debate, as both Pence and Harris are "bright people and good debaters", according to the professor.

"In terms of debating, I would expect both to outperform the folks at the top of their tickets", Cooper adds.

Some Democrats are already excited to see Senator Harris debate Vice President Pence in October, expecting that she will grill her opponent as she has done during Senate committee hearings, notes Sean D. Foreman, professor of political science at Florida-based Barry University. What they apparently do not expect is that Mike Pence can and will verbally fight back against Harris' attacks, the professor remarks.

"People should not forget that Pence is a silver-tongued former radio show host who is steeped in policy experience", Foreman notes. "Harris may have more recent debate experience from the Democratic primaries, but Pence has command of the issues and is an effective communicator. For certain, the VP debate will not be boring". 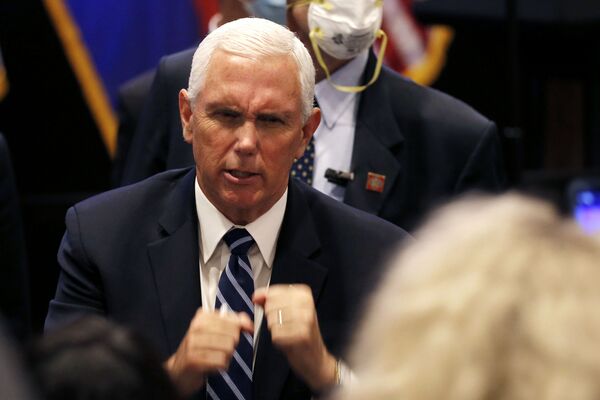 Will Biden's Pick Add New Votes to His Campaign?

However, it is not so much Harris' performance in the vice presidential debate that matters, but rather her ability to attract new votes to Biden's campaign, according to the observers.

"Harris was the safe choice and a good choice", deems Cooper. "She is an experienced politician who has been vetted at the national level and can help turn out a critical portion of the Democratic electorate".

The Democratic presumptive nominee's selection of Harris is bold, but it was predictable, according to Foreman.

"Biden boxed himself in to choosing a woman, and particularly a woman of colour, over the past few months", he says. "Harris was always mentioned as a possible running mate for Biden and it appears she was on top of his list throughout the process. It shows that Biden's team feels confident about this decision".

Still, according to Foreman, Biden's pick triggers questions, one of which is whether the turnout of African-Americans galvanised by Harris will surpass working class white voters – who are likely to cast their ballots for Trump – in the swing states of Pennsylvania, Wisconsin, and Michigan.

"Being from California and with her policies, Harris doesn't change the electoral map otherwise", the professor continues. "She will have little to no effect in the battleground state of Florida".

Besides this, Harris' experience and record "make many on the far left concerned that she is not progressive enough", Foreman notes, adding that a greater concern for Biden is whether the centrist voters will be comfortable enough with Harris amid mounting criticism over her leftist programme.

"Democrats will vote for the Biden-Harris ticket anyway", he deems. "The issue will be their intensity of support".

000000
Popular comments
thread, elections are merely a pressure relief valve to maintain the dictatorship of capital,yet give the appearance of democracy and legitimize a criminal system of slavery