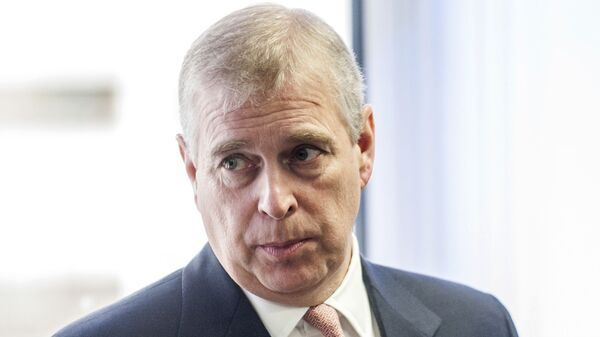 Jeffrey Epstein was an American financier and convicted sex offender, sentenced for sexual abuse and procurement of women and underage girls. He died while in jail under additional charges of sex trafficking, committing suicide, according to a coroner report.

Jeffrey Epstein ordered young women to have sex with powerful men, including Prince Andrew, to manipulate and ensure he had power over them, according to a documentary, 'Surviving Jeffrey Epstein' that premiered Sunday.

Virginia Roberts, an Epstein accuser, appeared in the documentary to reveal that Epstein forced her to have sex with Prince Andrew three times - in London, in New York and on Epstein's private Caribbean island.

Roberts also said that Epstein's trafficking of young women was organized so that he could manipulate powerful people.

"There were times that he would send me on a commercial flight to go meet the people… saying, ‘I want you to take care of them and report back to me what they liked, what you did for them',” she claimed.

Another accuser, Lisa Philips, said other girls had been escorted to Prince Andrew as well, noting that most of the girls preferred not to share thoughts on their experience with him, except for one, who echoed allegations that she was "instructed" by Epstein to "go into the room and have sex with Prince Andrew". Not elaborating on his relationship with the Duke of York, Epstein, according to the women, only "hinted" at reasons for sex trafficking for the UK royal.

“He just mentioned that he needs to have something on people", Philips said.

According to the documentary, former Epstein associates insisted that every guest bedroom in his house was equipped with cameras.

"The stories I kept on hearing were that in every guest bedroom in Jeffrey Epstein’s house, there were hidden cameras. And that part of Jeffrey’s ability to manipulate was that he had this video of powerful men having sex with underage girls. And these recordings were held in a safe that Jeffrey was using as a power tool to manipulate wealthy guys to make them do whatever he wanted", Christopher Mason, a New York Times journalist, said, describing the allegations.

Prince Andrew, who faced suspicions in association with Epstein and his lover Ghislaine Maxwell, has denied the allegations. Maxwell, who is currently charged with sex trafficking, has also denied wrongdoing.

A source close to Prince Andrew, cited by The Sun, said that "Virginia Roberts is being badly advised by her legal team into making ever more outrageous claims in the hope of provoking a reaction".

"If there was even a shred of evidence to suggest that the Duke of York had been involved in such a criminal endeavour, he would have been arrested. He has not been", the unnamed source said.

A financier and a sex offender, Epstein faced additional charges of sex trafficking minors, and is claimed to have committed suicide in his cell after being convicted.