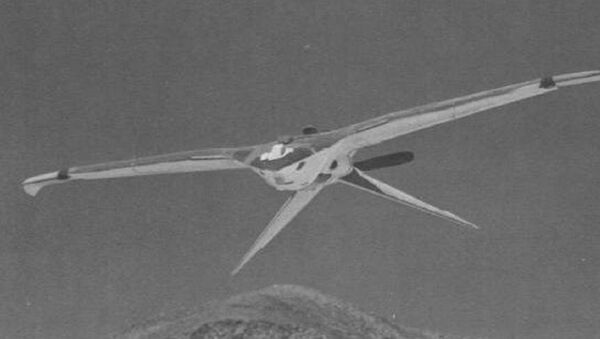 Tim Korso
All materialsWrite to the author
The 20th century's Cold War competition between the west and communist countries triggered massive technological breakthroughs, with many military inventions - including the internet - later transitioning to the civilian sphere. The technological advancements of the time, however, were not enough to support such an ambitious project.

The CIA has lifted the veil of secrecy from one of its top-secret projects conceived at the height of Cold War tensions with the USSR and other communist countries – an autonomous spy drone that would remain undetectable to an adversary's air defences, but could gather high-quality intelligence from the ground.

The device, named Project Aquiline, was developed by the McDonnell Douglas in the 1960s. The aerospace manufacturer is notable for having designed and built the famous F-15 and F-18 fighter jets, but this was unlike any other product the company ever made before its merger with Boeing. Project Aquiline was intended to be a drone, resembling a bird in size and structure so that it would be mistaken for one by either automated or manned defences.

The spy drone was expected to be 2.3 metres wide, weigh up to 37.5 kilogrammes, including the payload, rise to an altitude ceiling of 6 kilometres and travel at speeds between 87 and 148 kilometres per hour.

Onboard, Project Aquiline was intended to carry various forms of surveillance equipment, including cameras to make high-quality photos by gliding at low altitudes and radio equipment to intercept transmissions for decoding. The plan was to immediately transmit all data to a dedicated surveillance plane patrolling the border of the spied-upon the country, most likely the USSR or China, as data storage devices were clunky and heavy at the time, making it nearly impossible to fit them into a relatively small bird-shaped autonomous vehicle.

In order to gather data for the CIA, 50 hours of the initial projected flight time on a silent 3.5-horsepower engine would not be enough to reach any significant bases that far away from the borders, particularly in countries like the USSR and China. Hence the agency sought to power the bird-like drone with a nuclear-energy source, in this case a plutonium isotope. This would - if it had been able to work - produce heat that would be converted into propulsive power, a feat difficult to achieve even by modern standards. Working nuclear-power missile technology has been so far presented only by Russia in 2019.

Project Aquiline never saw operational status and was wrapped prematurely, although the reasons for it's demise were not officially made clear in the documents recently unsealed by the CIA. The Popular Mechanics journal noted in its article on the drone that despite being an impressive idea for espionage, it relied heavily on a ruse. The Soviets and other communist states would eventually learn of the existence of the aircraft and easily shot it down.

000000
Popular comments
LMAO! They still don't have the technology to build anything like it that would work! The US is such a miserable failure!