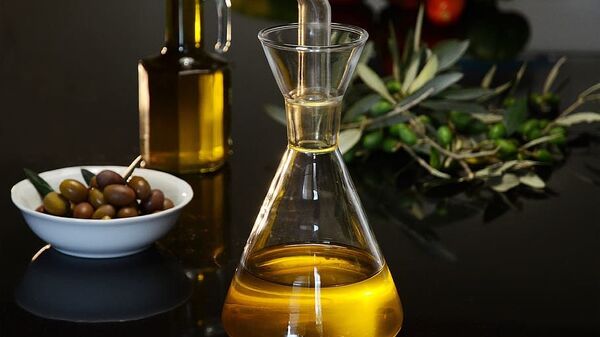 CC0 / /
Subscribe
International
India
Africa
Nair N.B.
Sputnik correspondent
All materialsWrite to the author
New Delhi (Sputnik): India has been exploring alternatives to fossil fuels and trying to reduce its dependence on oil imports. One of the options being explored by the country is biofuel, made from various raw materials like waste plastics, used cooking oil, tree-borne oils and fats or oils from slaughterhouses, poultry farms, and fisheries.

A state-funded Indian laboratory has designed a technology to convert used cooking oil in homes and restaurants into biodiesel and glycerine. The portable unit can be set up in every village in the country to help fuel self-sufficiency and generate revenue from glycerine for cosmetics and the pharmaceutical industry.

​Dr Anjan Ray, Director of the Dehradun-based Indian Institute of Petroleum (IIP) under the federal Science and Technology Ministry, told Sputnik, biofuel produced via this method would be less expensive than diesel.

“The cost depends on the cost of feedstock, depends on which feedstock is being used. If it is used cooking oil collected for free, the cost could be as low as US $0.33 per litre of biofuel. If it is village-level tree-borne seed oil, then there is a labour cost involved in collecting the seeds and crushing them to get the oil. But under no circumstances, it would be more expensive than diesel", said Dr Ray.

The scientist said one litre of used cooking oil could produce 900-950 ml of biodiesel. He added that glycerine output is about 10 percent. Dr Ray said a technology demonstration plant is already functioning at the Institute, while four or five trial units would be set in the states of Chhattisgarh, Uttar Pradesh, Uttarakhand, and the national capital Delhi by March next year in collaboration with IIP’s partner agencies.

IIP had earlier launched the first of its kind technology to convert plastic waste to diesel. The demonstration plant has a capacity to convert 1,000 kilograms of plastic waste daily into 800 litres of diesel.

The diesel is automotive grade, meets specifications for use in vehicles, and can be directly used to fuel cars, trucks, and power generators. The raw material used is polyolefin waste, which accounts for approximately 70 percent of total plastics consumed.

IIP had also developed a technology to produce bio jet fuel, and the first commercial flight using a mix of bio jet fuel and aviation turbine fuel was operated between Dehradun and New Delhi in August 2018.