Australian Worker Gets $200,000 After BP Wrongly Fires Him for Sharing Angry Hitler Meme 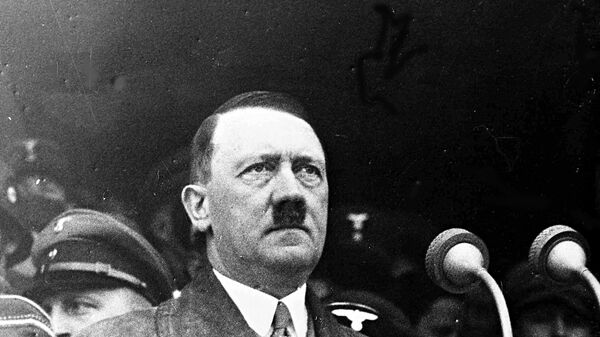 A popular meme format, depicting the distressed leader of Nazi Germany in his last hours, cost the oil worker a nearly two-year legal battle, because BP described it as "offensive".

BP technician Scott Tracey, from the Australian city of Perth, was awarded $200,000 in compensation on Monday after the company fired him but lost a wrongful termination case in federal court.

Tracey was sacked in 2018 for sharing a video of a screaming Adolf Hitler in a private Facebook group of friends and colleagues. The clip, made by Tracey's wife, used a popular meme format, adding subtitles, depicting Nazis as the company’s negotiating team, which, according to BP, breached its code of conduct.

FILE - In this Oct. 25, 2007 file photo, the BP (British Petroleum) logo is seen at a gas station in Washington. BP will spend $7 billion to buy exploration rights to areas in the Gulf of Mexico, offshore Brazil and Canada owned by Devon Energy
© AP Photo / Charles Dharapak

The technician claimed unfair dismissal to the Fair Work Commission, and, after losing the initial hearing, won an appeal, as it found the video to be satirical. Tracey resumed work at the BP Kwinana oil refinery in March.

"We hope this marks the end of a truly unedifying chapter for BP management… To dig in and drag an honest worker through nearly two years of stress and uncertainty, all because a few stuffed shirts didn't get a joke, is poor corporate behaviour", Australian Workers Union West Australian secretary Brad Gandy told The Sydney Morning Herald.

Angry Hitler videos is a popular meme format where people add fake subtitles to a scene from the 2004 German movie Downfall (Der Untergang) to the scene where Hitler screams in despair at his generals, as the Soviet Army is closing in on his last shelter in Berlin.