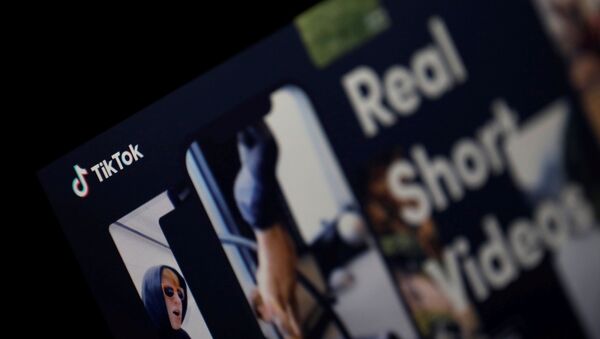 Demond Cureton
All materialsWrite to the author
News of the potential deal with the world's largest startup follows a major reversal of a government decision in January to allow Huawei Technologies to build UK 5G networks, with the ban on components from the Chinese firm set to take effect at the end of the year.

TikTok will not confirm whether it will relocate its US branch to London unless the UK government issues a public statement, the South China Morning Post reported on Monday.

TikTok owner ByteDance has not responded for comment, but stated last week that it was "evaluating the possibility of establishing TikTok's headquarters outside of the US to better serve our global customers", the report read.

“TikTok has been sitting on the plan to relocate to London for weeks, pending a positive response from the government. If the government would not speak out in its favour, it would be very difficult for TikTok to make the move," a source said in a statement.

A Downing Street spokesman added a potential deal with ByteDance "would be a commercial decision, and I’m not aware that one has been taken”, according to the report.

But London could face possible backlash from Washington after US president Donald Trump signed an executive order set to take effect on 15 September banning all deals with TikTok and WeChat.

UK Secretary for Digital, Culture, Media and Sport Oliver Dowden, who announced the Huawei reversal in July, was reportedly against a British deal with TikTok.

TikTok To Build First Euro Data Centre Worth $500m In Ireland Amid Trump Trade War, Microsoft Talks
But the Foreign Office backed the TikTok move as long as the app was not deemed a risk under the UK's national security assessment, a source told the SCMP.

The statements come as TikTok remains in talks with Microsoft to acquire the former's operations in Five Eyes nations such as Australia, New Zealand and North America.

The deal is valued by ByteDance executives at over $50bn, according to sources speaking to Reuters.

The world's largest startup is also set to build a €420m data centre in Ireland for its European users in a bid to strengthen security and boost loading times for content, the company announced last week.

TikTok has also said it will sue the Trump administration in California courts as early as Tuesday based on non-compliance with the Constitution, US media reported, citing sources.

President Trump threatened the ban weeks after his administration designated Huawei and ZTE national security risks, without citing evidence, and renewed trade restrictions in May on doing business with and accessing technologies from US firms a further year. Huawei, ByteDance and Beijing have sharply denied allegations from Washington of using such technologies to spy for the Chinese government.