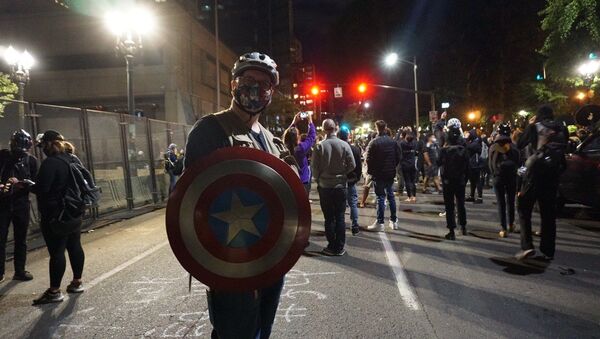 MOSCOW (Sputnik) - The Portland police said in a statement on Monday that a total of 16 people have been arrested during violent riots that erupted in the city amid continuing anti-racism protests.

Earlier in the day, the police reported about nine arrests.

"Officers arrested 16 people during the riot that took place in the Kenton Neighborhood. All were booked into the Multnomah County Detention Center on the listed charges," the statement said.

According to the police, the arrests were made during riots that occurred on Sunday. The detainees have been charged with obstructing police actions and violating public order.

Protests against police brutality and racism have erupted in Portland and other US cities after the death of African American man George Floyd in police custody on May 25. The Portland protests have since evolved into a nightly battle against the federal forces that President Donald Trump deployed to the city despite the objections of state and local officials.