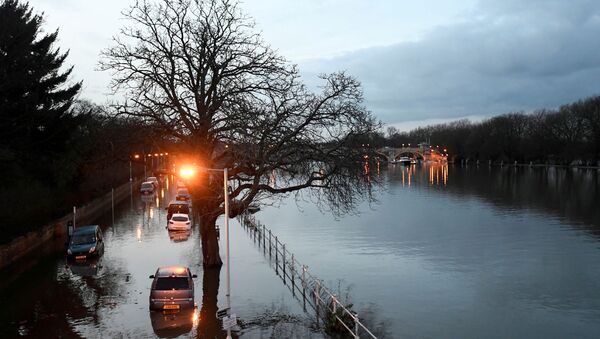 © REUTERS / Toby Melville
Subscribe
Flooding afflicted residents on Sunday morning which saw them have to evacuate their homes and check on neighbours as a local water provider pipe burst.

Shabnam Sama said that the families who had to leave their homes are now mopping up the damage, the BBC reported.

Sama said she saw "a river" outside her home as water flooded into her garage. Her husband warned neighbours on New House Farm Drive, off Bristol Road South, around 5 am.

She said the flooding began around four or five in the morning when she heard "a gargling noise ... and then smell of sewage," she said.

"We went to look and saw a river outside and the fire brigade and lots going on, so we wondered what had happened".

Severn Trent originally said the repair would be a "lengthy progress" and was likely to take "a few days". Bristol Road will be closed until the repair is completed.

The company responded in a series of tweets to those who were affected or concerned by the flooding.

Hi there Mark 👋 There shouldn't be any risk to your health due to discolouration. You can read a bit more advice here: https://t.co/qhJElN1fgT
Let us know if you have any concerns or need further help. All the best, Krista

​Residents of Chester Green were offered a £100 compensation in 2018 from Severn Trent after a water main burst flooded scores of homes.

Former Derby North MP Chris Williamson called the actions of the company “diabolical” and said that the incident demonstrated that privatised water provision was a failure.

Disastrous privatised water companies are abandoning their responsibilities to consumers. Severn Trent failed my constituents in Chester Green after their own water main burst, and now they won't pay up. This can't continue. ↓ pic.twitter.com/rIiJak2CWM