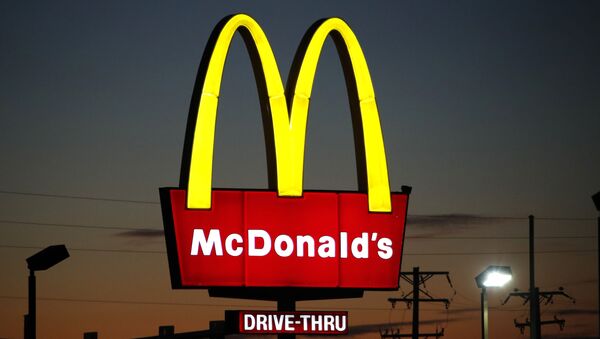 Steve Easterbrook was ousted from his position as CEO of McDonald's last November after violating company policy by engaging in a consensual relationship with an employee. Chris Kempczinski took over his role as CEO. McDonald’s is now suing Easterbrook for the amount of his exit package for lying during an internal investigation into his conduct.

McDonald’s is suing its former CEO Steve Easterbrook alleging that he covered up evidence to the company’s board about his relationships with employees.

According to legal documents filed on Monday, an internal investigation which was launched in July found that Easterbrook had lied and destroyed evidence to conceal his behaviour and had engaged in physical relationships with three employees in the year before he was fired from the company.

McDonald’s are now suing him for around $40 million, the amount of the exit package.

The company also revealed that Easterbrook had approved an “extraordinary” stock grant, worth hundreds of thousands of dollars for one of the employees he was having a sexual relationship with.

Easterbrook’s contract with the fast food giant was terminated last November after it was revealed that he was in a relationship with an employee, which is against company policy.

After his dismissal the company said he was eligible for six months of severance pay. Equilar, a company which tracks executive compensation, estimated that Easterbrook’s severance package was worth nearly $42 million.

However the board of McDonald’s said that it would not have signed a separation agreement with Easterbrook had they known the full extent of his conduct. The company has also said they are preventing him from exercising any stock options or selling stock from outstanding equity rewards.

“Easterbrook’s silence and lies — a clear breach of the duty of candor — were calculated to induce the Company to separate him on terms much more favorable to him than those the Company would have offered and agreed to had it known the full truth of his behavior,” McDonald’s said in the filing.