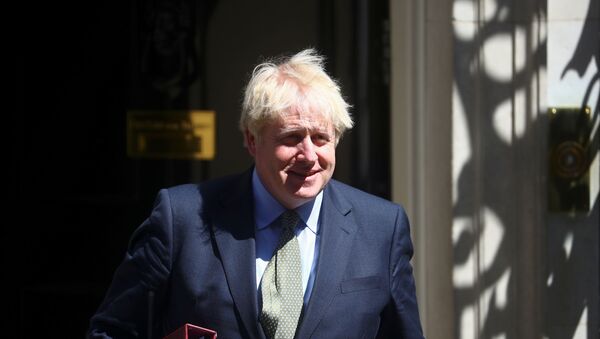 Prime Minister Boris Johnson warned on Monday that Britain would be weakened should any constituent part of the UK leave the union, in an effort to combat Scottish nationalism.

“The union of the United Kingdom is, for me, it’s the greatest political partnership the world has ever seen,” Johnson told reporters, after asking what the union mean to him. “It would be such a shame to lose the power, the magic of that union".

The relations between Scotland, Wales, Northern Ireland, and England - already strained over Brexit - has become strained in recent months amid the different directions in the handling of the coronavirus pandemic,

This is most notable shift is in Scotland, which both voted to remain in European Union while England and Wales voted leave, and where the independence supporting Scottish National Party (SNP) won the overwhelming majority of seats while England returned a Conservative & Unionist government.

Opinion polling also shows support for independence from the 300-year union with England becoming a majority, despite voting 6 years ago to maintain its position in the UK.

Scotland voted 55 percent to 45 percent against independence in 2014, but the SNP is demanding another vote after Britain voted as a whole voted to leave the European Union.

The ruling Conservative Party, which governs all of Britain in areas that have not been given the Scottish government under the devolved system, has rejected calls for another referendum on the issue.

Johnson and other senior government ministers have visited Scotland in recent weeks in an effort to highlight the union's strength in combating the coronavirus pandemic.