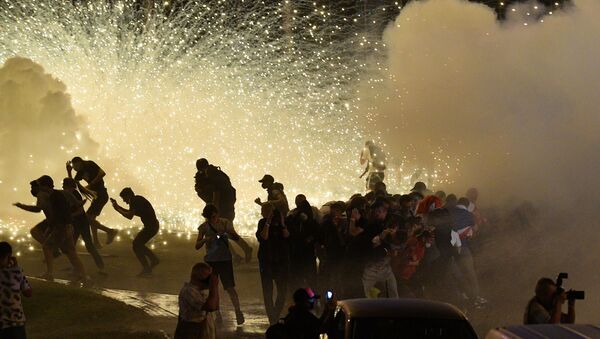 According to preliminary results from Belarus' election officials, five-term President Alexander Lukashenko won Sunday's election by a landslide. Opponents of the president, however, accused authorities of election fraud and staged mass protests, sometimes violent, across the country on Sunday night.

A female freelance journalist working for Ruptly has been detained in Minsk, the Russian video news agency says.

According to Ruptly, there's no contact with the woman, who is presumably being held in a detention centre.

The Russian state TV broadcaster RT said that two cameramen working for Ruptly were detained in the Belarusian capital early on Sunday while covering the opening of presidential election polls. They have not been in touch for around 24 hours now, the broadcaster wrote on its Telegram channel.

Another two reporters and a cameraman from Russia’s TV Rain were also detained in the city on Sunday, ostensibly for working without accreditation. They were deported to Russia on Monday morning and received a five-year ban on visiting Belarus. 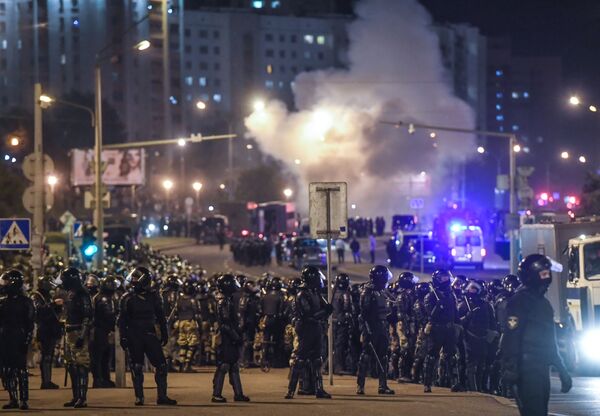 Belarus held its presidential election on Sunday, 9 August. The incumbent president, Alexander Lukashenko, who has been in power since 1994, ostensibly won by a landslide with more than 80 precent of the vote, according to preliminary results released by the Central Election Commission on Monday morning.

The main opposition candidate, Svetlana Tikhanovskaya, got 9.9 percent of the vote, according to the same report. Her campaign has refused to acknowledge the figures and demanded a “peaceful” transfer of power.

Photos of counts from across the country have suggested that Tikhanovskaya – who consolidated the protest movement after the detention of her husband and authorities’ refusal to register leading opposition candidates – beat President Lukashenko by double digits in many polling stations. Coupled with a reported record-high early voting turnout, this led Lukashenko’s opponents to allege mass election fraud. 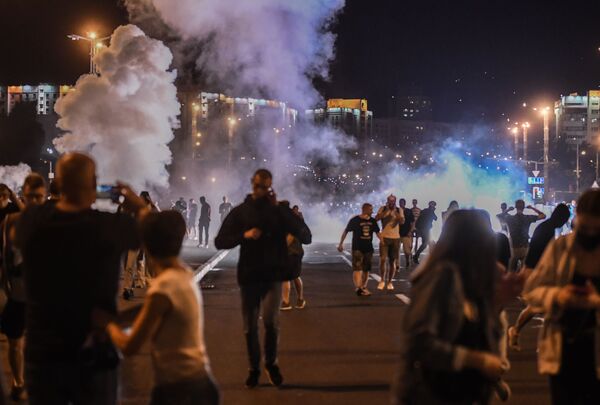 Protesters took to the streets of Minsk on Sunday night after official exit polls projected a landslide victory for the incumbent President Lukashenko.
© Sputnik / Ilya Pitalev
/
Go to the photo bank

Thousands of people marched in Minsk and elsewhere in Belarus on Sunday night after a government exit poll handed an easy victory to Lukashenko, in what appears to have been one of the biggest anti-government protests in the country’s modern history.

Riot police used water cannons, pepper spray, stun grenades and rubber bullets to disperse the crowds, which engaged in local clashes with officers. More than 3,000 people have been detained and around 50 injured, according to the Interior Ministry. Authorities have launched a criminal investigation into violence against law enforcement officers.

Observers from Russia called the protests a “Maidan attempt”, referring to the Western-backed coup that overthrew the Yanukovich government in Ukraine in early 2014.