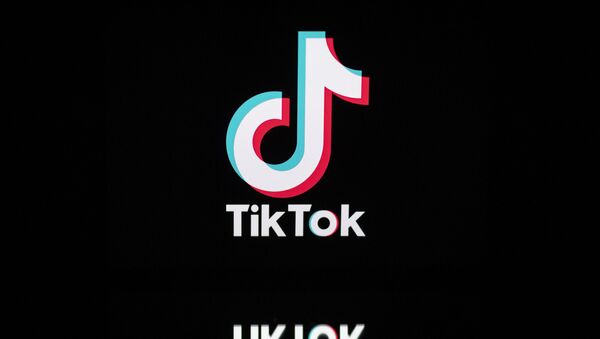 Donald Trump on Thursday issued an executive order giving TikTok’s owners ByteDance until 15 September to sell their US operations. The move was preceded by months of discussions over whether TikTok can spy on American users for the Chinese government, something the company denies.

Two members of the Trump administration had feuded in front of Donald Trump over what action should be taken against the popular Chinese-owned app TikTok, The Washington Post reports, citing anonymous sources.

Trump’s trade adviser Peter Navarro clashed with Treasury Secretary Steve Mnuchin in the Oval Office in the early days of August, according to the newspaper.

Navarro reportedly pushed for a blanket ban on TikTok, while Mnuchin argued that the app should be sold to a US company. One person described the argument as a “knockdown, drag-out” brawl.

Treasury Department spokeswoman Monica Crowley refused to comment on the details of the conversation, adding that Trump relies “on strong, often opposing views, to reach decisions which are invariably in the best interests of the American people”.

On Thursday, days after the reported conversation, Donald Trump gave TikTok’s parent company ByteDance until 15 September to find a buyer, or the app would be banned from operating in the United States.

Microsoft is understood to be the front-runner in talks for TikTok operations in the United States, Canada, New Zealand, and Australia, which could cost the tech giant anywhere between $10 billion and $30 billion.

President Trump also issued an executive order, set to come into force in less than 45 days, that will ban US companies and entities from “any transactions” with TikTok, ByteDance and Tencent, a Chinese tech company which owns the messaging app WeChat. China’s foreign ministry said that it strongly opposed Trump’s orders.

TikTok came to the United States in 2018 and has since amassed more than 100 million users in the country, a tenth of its global audience.

The video-sharing app – one of the fastest-growing in the world – has come under scrutiny in the US over concerns that it may handle users’ private data and browsing history to the Chinese government, a charge its owners deny.

The US launched a national-security review of TikTok last year and barred it from military-issued smartphones. A similar ban has been proposed for government-issued phones.

The crackdown on TikTok parallels a broader fight against Chinese competitors in the tech field such as Huawei and ZTE, which have been banned from use by the US federal government and government contractors over vague national security concerns.

The Trump administration has attacked Huawei, the world’s No. 1 telecom equipment maker, on multiple fronts, including by trying to cut off its chip supplies and pushing allies to exclude it from 5G mobile phone networks.