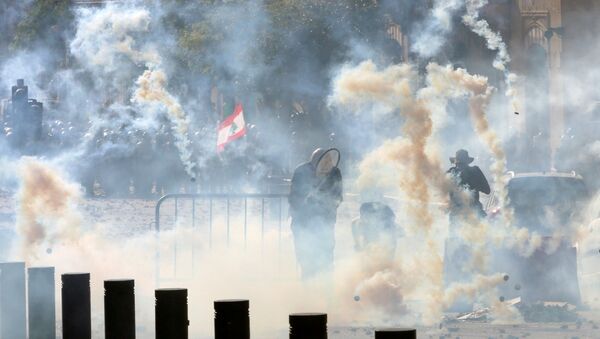 On Saturday, thousands gathered in downtown Beirut to vent their anger at the government, which they blame for Tuesday's deadly blast at the city's seaport.

Live from Beirut as anti-government protests continue in the Lebanese capital, which was hit by a deadly ammonium nitrate explosion. Thousands of tonnes of the chemical substance which were stored unsafely for six years at a port warehouse exploded on Tuesday; the blast tore through half the city, killing some 160 people and injuring 5,000 others.

Earlier, people gathered in downtown Beirut to vent their anger at the government, which they blame for the blast. The protesters stormed the buildings of the ministries and the Association of Banks. A total of 490 people were injured, and one law enforcement officer died in the unrest.