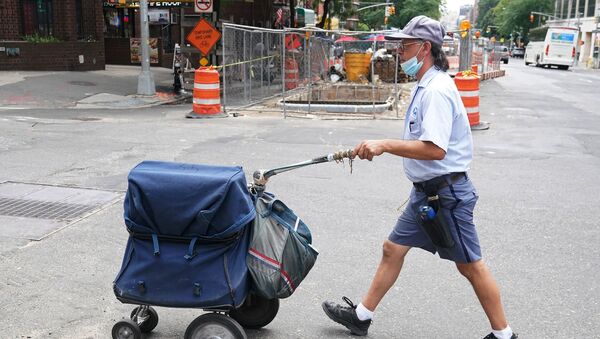 Svetlana Ekimenko
All materialsWrite to the author
Operational cost-cutting measures, intended to address the Postal Service’s financial woes, were imposed last month after Republican fundraiser Louis DeJoy took over the top job in June, with the move triggering concerns ahead of the anticipated huge volume increases for mail-in election voting.

Congressional Democrats are demanding a probe into operational changes implemented by the head of the US Postal Service (USPS), which they claim have slowed deliveries ahead of the huge rise in mail-in voting anticipated in November's presidential vote due to the COVID-19 pandemic, reports AP.

Cost-cutting at USPS – which is part of the measures announced by the new postal chief Louis DeJoy - could affect the vote count, they claim.

Senator Elizabeth Warren on Friday called on the USPS inspector general to investigate the overhaul to the postal service spearheaded by Republican fundraiser Louis DeJoy, who took over the position of 75th Postmaster General of the United States in June, including preventing postal workers from working overtime to deliver mail. 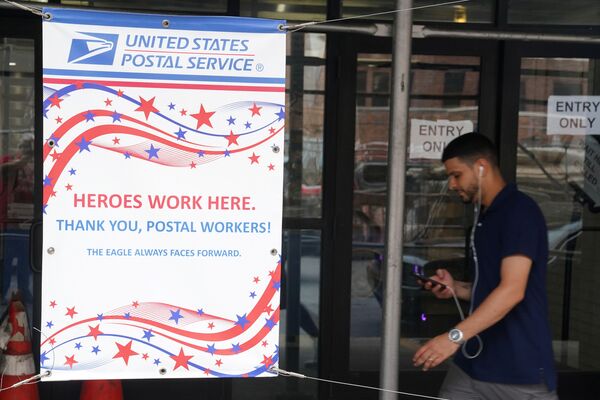 House Speaker Nancy Pelosi and Senate Democratic Leader Chuck Schumer said Thursday that changes imposed by the new postmaster “threaten the timely delivery of mail — including medicines for seniors, paychecks for workers and absentee ballots for voters — that is essential to millions of Americans.″

Two Montana Republicans, Sen. Steve Daines and Rep. Greg Gianforte, similarly urged the Postal Service to reverse the July directive that eliminates overtime for hundreds of thousands of postal workers, requiring mail to be kept until the next day if distribution centers are swamped. 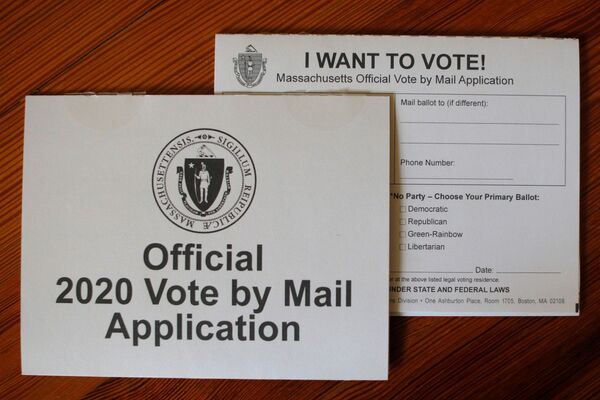 "Given the ongoing concerns about the adverse impacts of Trump Administration policies on the quality and efficiency of the Postal Service, we ask that you conduct an audit of all operational changes put in place by Mr DeJoy and other Trump Administration officials in 2020," said Congressional Democrats.

In response, Louis DeJoy pledged that none of the changes would be detrimental to high standards of postal service.

"Although there will likely be an unprecedented increase in election mail volume due to the pandemic, the Postal Service has ample capacity to deliver all election mail securely and on-time in accordance with our delivery standards, and we will do so," he told a board meeting on Friday, adding that election officials had to "take our normal processing and delivery standards into account".

The news comes amid heightened focus on the Postal Service, plagued by mail delays and financial woes ahead of an expected record number of mail ballots in the November presidential election due to the coronavirus pandemic.

US President Donald Trump, a vocal critic of the Postal Service, remarked on Wednesday that “the Post Office doesn’t have enough time” to deal with a huge increase in mail-in ballots.

“I mean you’re talking about millions of votes… It’s a catastrophe waiting to happen,″ said Trump.

RIGGED 2020 ELECTION: MILLIONS OF MAIL-IN BALLOTS WILL BE PRINTED BY FOREIGN COUNTRIES, AND OTHERS. IT WILL BE THE SCANDAL OF OUR TIMES!