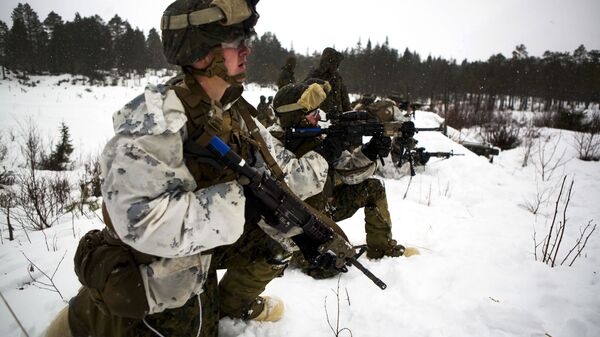 Ilya Tsukanov
All materialsWrite to the author
The US military began deploying Marines in Norway on a rotational basis in early 2017, and increasing their numbers from 330 to 700 in 2018. Russia called the deployments “unfriendly,” and warned that they would not “remain without consequences.”

The Marine Corps has announced changes to its Norway deployment policy starting in October, with the previous deployments lasting six months expected to be replaced with shorter “episodic” rotations, spokesman Maj. Adrian J.T. Rankine-Galloway has announced.

“Effective October 2020, US Marines will shift to an episodic deployment model in order to better synchronize their arctic training with Norwegian forces and to allow for increased operational flexibility for the Marine Corps,” Rankine-Galloway said in a statement.

“We are not drawing down and, at times, will have a greater number of Marines here than before,” the spokesman stressed. “This new deployment model contributes to a more lethal and capable Marine Corps, which supports the National Defence Strategy and, by extension, the capabilities of the NATO Alliance to defend against threats from peer competitors,” he added.

The Marines expect to deploy some 400 Marines in Norway between October and December, with a second contingent of about 1,000 troops expected to replace them between January and March 2021.

“The transition of US Marine Corps deployment models is unrelated to US force posture adjustments in Germany,” Rankine-Galloway insisted, adding that the Corps is looking to increase training as a naval expeditionary force, balancing it out with Arctic warfare training.

The announcement comes following a report last week by the Barents Observer that as few as 20 Marines may be left in Norway following a planned redeployment.

Earlier, Norwegian media reported that the US Marine Corps was being redefined as a maritime force with a reduced priority for land combat, to allow them to deploy in potential global hot spots such as the South China Sea. As such, the force will get rid of its contingent of tanks and other heavy equipment, with troop numbers expected to be cut by 12,000. 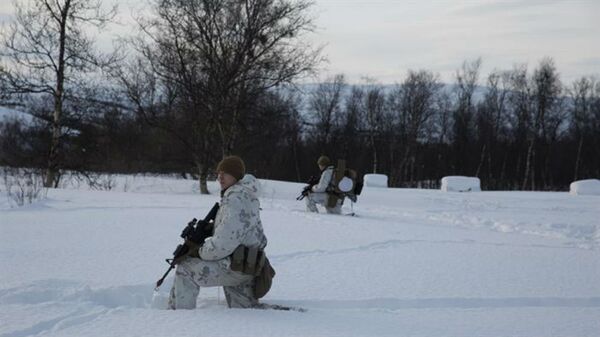 Norway and Russia share a 195.7 km land border, and a 23.2 km maritime border. In 2018, after the Pentagon more than doubled the contingent of Marines stationed in the Nordic nation, the Russian Embassy warned that “such actions…make Norway less predictable, and can increase tensions, cause an arms race and lead to destabilizing the situation in Northern Europe.” The Marine deployment ended nearly 70 years of post-WWII policy by Oslo not to station other NATO troops on its territory unless it was attacked or threatened with attack.

The shift in Norwegian deployment strategy follows the Pentagon’s announcement last month that it would be drawing down its deployment in Germany, with 11,900 troops expected to be redeployed (5,600 of them to other NATO nations, and 6,400 sent back home to the United States). The Germany redeployment began despite bipartisan opposition in Congress, with President Donald Trump justifying the move by accusing Berlin of failing to pay its share for defence, and criticizing the German government for buying Russian gas instead of more expensive US LNG. About 24,000 US troops will stay behind in Germany after the redeployment. US forces have been stationed in the country since 1945.