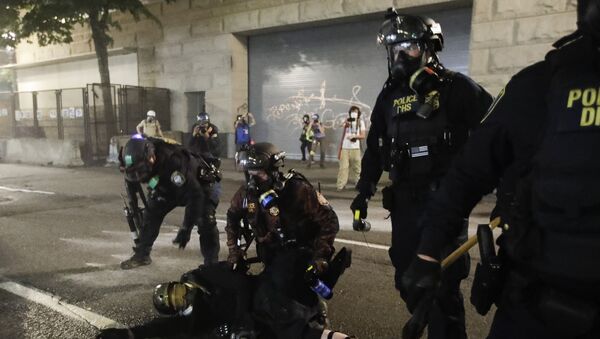 WASHINGTON (Sputnik) - The Trump administration is dispatching federal agents to Memphis and St. Louis as part of its operation to quell inner-city violence, the US Justice Department said in a statement on Thursday.

As part of Operation Legend, US Attorney General William Barr directed the Bureau of Alcohol, Tobacco, Firearms and Explosives, the FBI, the Drug Enforcement Agency and the US Marshals Service to significantly increase their resources in Memphis and St. Louis in the coming weeks, the Justice Department added.

The purpose of the increased deployment is to help state and local officials fight high levels of violent crime, particularly gun violence in those cities, the Justice Department explained.

According to the release, Memphis is currently experiencing a significant increase in violent crime, with homicides currently up more than 49 percent, reported gun crime up 23 percent, and aggravated assault shootings up over 19 percent over 2019. Homicides are up in St. Louis nearly 34 percent and non-fatal shootings are up over 13 percent.

In July, Operation Legend was extended to Detroit, Milwaukee, and Cleveland, with hundreds of federal agents earlier sent to Chicago, Albuquerque, and Kansas City to deal with homicides and other violent crimes that increased following massive protests over racial discrimination and police brutality.