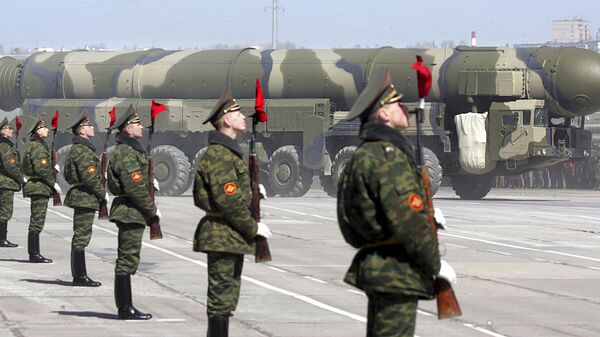 Ilya Tsukanov
All materialsWrite to the author
In the 2000s and 2010s, the Pentagon developed a concept known as ‘Prompt Global Strike’, a programme aimed at carrying out a massed precision-guided conventional missile strike to decapitate the defences and nuclear response capability of a potential adversary. Russia responded by creating a new generation of missile defence systems and missiles.

Russia reserves the right to use its nuclear capabilities in the event of any missile attack on its territory, the Russian General Staff has outlined in a new paper.

The document, published in the military’s official newspaper, Red Star, on Friday, is dubbed ‘On the Foundations of State Policy of the Russian Federation in the Field of Nuclear Deterrence’. The paper explains that because there is no possibility to immediately determine whether a missile attack by a strategic adversary carries a nuclear or conventional character, any such attack will be considered a nuclear one.

“Regarding the question of what kind of aggression against Russia…can be responded to, the concrete answer is: the destruction of Russia as a state. Thus, [in the document] Russia has designated ‘red lines’ which we do not advise anyone to cross. If a potential adversary decides to do so, the response will undoubtedly be devastating,” the paper warns.

Fate of New START Hangs in the Balance

The paper also touches on other issues, including the possible termination of the New Strategic Arms Reduction Treaty (New START), which it warns could bring the world back to 80s-style nuclear tensions.

“The Russian side has proposed extending New START, since this will allow both sides to maintain control over strategic nuclear arms, ensure transparency of these arms and, as a result, will make it possible to reliably predict their combat capabilities for the specified period. In addition, there will be additional time to search for solutions to the issues of limiting strategic offensive arms and moving towards a new agreement,” the document explains.

“If New START is terminated, the military political situation will become significantly more complicated, since, in the absence of restrictive treaty norms, the United States may uncontrollably build up its strategic weapons. We emphasise that this is an extremely dangerous path, because the world will again, as during the second half of the 20th century, balance on the brink of a global nuclear catastrophe. The fate of the Treaty on the Non-Proliferation of Nuclear Weapons and the Comprehensive Test Ban Treaty will [also] remain in question,” the paper warns. 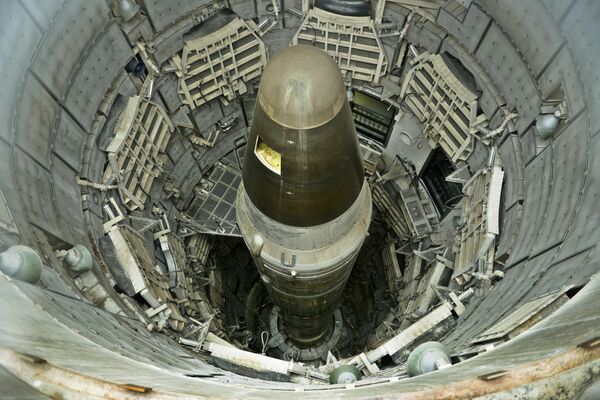 A deactivated Titan II nuclear ICMB is seen in a silo at the Titan Missile Museum on May 12, 2015 in Green Valley, Arizona
© AFP 2022 / BRENDAN SMIALOWSKI

Presidents Putin and Trump discussed New START in a telephone conversation late last month. The nuclear treaty, signed in 2010, and set to expire in February 2021 unless renewed, is the final major nuclear weapons treaty in force following the collapse of the Intermediate Nuclear Forces (INF) Treaty last August.

Under Russia’s nuclear doctrine, Moscow is committed not to be the first to use nuclear weapons in the event of war, but does reserve the right to retaliate in response to conventional aggression so severe that it threatens the existence of the Russian state.

In June, President Putin approved the ‘Fundamentals of State Policy in the Field of Nuclear Deterrence’, in which it was reiterated that Russia “considers nuclear weapons solely as a deterrent, the use of which is an extreme forced measure,” and said that Moscow’s aim is to make any potential first strike by an enemy inconceivable.

US military planners began dabbling with the concept of a ‘Prompt Global Strike’ (PGS) in the early 2000s, shortly after the Bush administration withdrew from the Anti-Ballistic Missile Treaty with Russia. The PGS presumes the creation of the capability to deliver a massive conventional high-precision cruise missile strike attacking enemy missile silos, strategic airfields, submarine bases, command points and various fortified facilities, with the ultimate aim being to destroy the bulk of the enemy’s nuclear potential and decapitate the leadership. 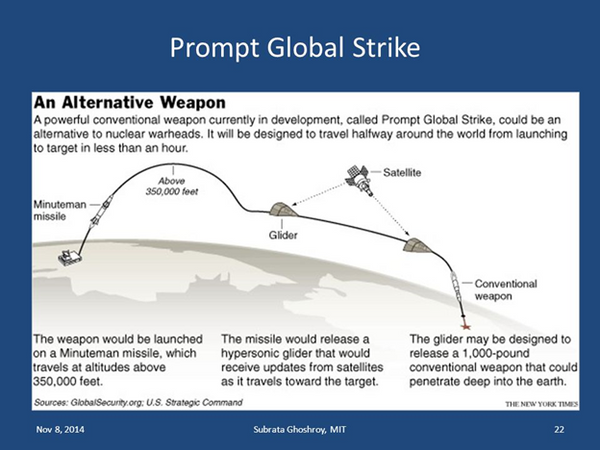 Russia and China have responded to this initiative through the development, testing and fielding of new defensive and strategic systems designed to deprive potential adversaries from the temptation to carry out such a conventional first strike, both by developing new missile defence systems, and through the creation of hypersonic missile systems designed to guarantee a strategic response in the event of enemy attack. Russia became the first country to field a hypersonic missile system in 2017, with President Putin unveiling the existence of the system, known as the Kinzhal (‘Dagger’), in March 2018.