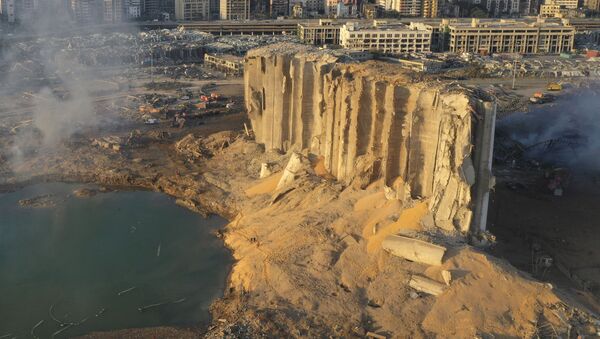 Ekaterina Blinova
All materialsWrite to the author
The Tuesday explosion in Beirut’s port has pushed Lebanon to the edge, sparking the question whether the country is able to overcome the crisis, says Middle East expert and political analyst Ghassan Kadi, explaining why a money injection is not enough to save the country's economy.

The Beirut blast has exacerbated the economic dilemma faced by the Lebanese government headed by Prime Minister Hassan Diab. Prior to the devastating explosion that almost completely destroyed the country's biggest port, the Lebanese authorities defaulted on sovereign debt repayments in March 2020 and held negotiations with the International Monetary Fund (IMF) for receiving a $10 billion loan to reinvigorate the country's slumping economy.

However, the talks “hit the rocks” in July 2020 as the parties involved failed to reach a compromise on a programme for Lebanon's domestic reforms. According to Bloomberg, the Tuesday tragedy may elevate the pressure on Diab to resume talks with international lenders and investors and embark on reforms.

Hassan Diab Gov't Has Made Little if Any Progress

"I am not even sure if Lebanon as we know it is going to outlive this crisis, let alone ponder into how it will manage to find a way into redevelopment", says Ghassan Kadi, a Middle East expert, blogger, and political analyst.

He is not surprised by the previously stalled IMF-Lebanon talks: "The IMF and all former benefactors and creditors who have helped Lebanon in the past have lost their faith, knowing beforehand that any monies offered as donations or credit was going to fall into the pockets of corrupt politicians", the analyst highlights.

In an October 2019 interview, the Mideast expert bemoaned the fact that the country's successive governments had failed to fully rebuild the economy following the 1975-1989 civil war due to sweeping corruption and nepotism. October's nationwide protests eventually led to the resignation of Prime Minister Saad Hariri. Still, the country has not made much progress under his successor, Hassan Diab, according to the analyst.

"Hassan Diab seems to be operating from the position of political survival which is in its own strange, because he came into the political scene from nowhere, and with little or no hope of any political future", Kadi notes. "So one would think that this having-nothing-to-gain-or-lose status quo of his should have put him in a position of making bold reform decisions. But he did not produce much at all".

The analyst is inclined to think that Diab is "either incapable of meeting the needs of the protestors or simply thinking of his own political future in a system that is ruled by cronies and mafia mentality".

Just a day before the Beirut explosion, Lebanese Foreign Minister Nassif Hitti quit, saying that there was "an absence of a real will to achieve the comprehensive and structural reform demanded by the national and international community", and that Lebanon was "sliding toward becoming a failed state". 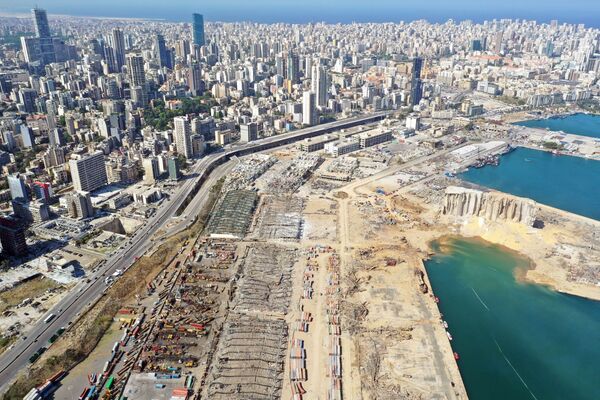 It's particularly hard to bring the Lebanese economy back on track, according to the analyst: "Even before the explosion, the economy was in tatters", he says. "The Lebanese Lira lost approximately 80% of its value in the last few months".

In addition, "the country is under the tight noose of the Caesar Act, the local industries are at a stand-still, the cost of living is soaring and public servants are not getting paid as regularly as they should be, private companies are shedding their employees", the Mideast expert elaborates.

The US Caesar Syria Civilian Protection Act (Caesar Act), which came into force on 17 June 2020, targets entities conducting business with the Syrian government as well as Syrian industries, firms, and individuals. Given the longstanding ties between Lebanon and Syria, the US sanctions regime has exacerbated the situation even further for the small Mediterranean state of six million people. 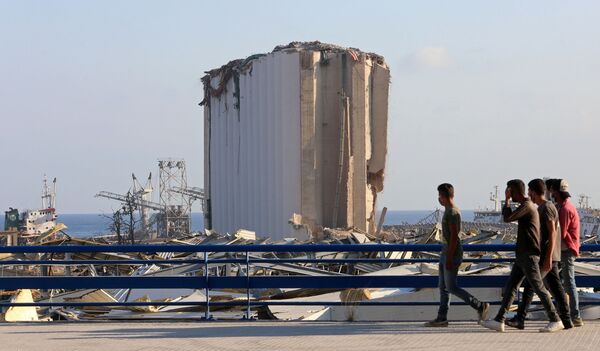 Lebanon is Not a Poor Country at All

Kadi foresees that the Beirut port blast may earn Lebanon a lot of sympathy. He adds, however, that "any would-be donor or helper will find it very hard to trust any Lebanese official with such funds".

Even if potential foreign lenders fork out, the influx of money is unlikely to improve the situation unless the problem of corruption and capital flight is solved, according to the analyst.

To begin with, Lebanon is not a poor country at all, but it has been "robbed" clean by corrupt politicians and their cronies over decades, he highlights.

"The ruling families that controlled Lebanon prior to the civil war have remained virtually unchanged with a few additions and omissions", Kadi notes. "Add to this the outcome of the 1975-1989 civil war, the serious unresolved outdated infrastructure crises, the ongoing disunity of the Lebanese people on local and regional politics, among other serious problems. When one combines all of the above, one can clearly see that Lebanon has reached a critical point that challenges its survival as a sovereign state".

This does not mean that there's no way out, the Mideast expert points out:

·        First, if the hundreds of billions of dollars presumably deposited in Western banks by corrupt Lebanese politicians could be returned to the country, it would help solve the financial dilemma.

·        Second, add to this the fact that the Lebanese coast is rich in natural gas.

·        Third, Lebanon also has a huge human resource of elite professionals in all fields of science and technology. They have been a significant part of the backbone of the development of Saudi Arabia and the Gulf. Businesses and jobs can be created for the unemployed professionals, but this time it will be to rebuild their own country.

So, there are ways to tackle the crisis, the analyst sums up, adding that the only question is: "Who will do this?"