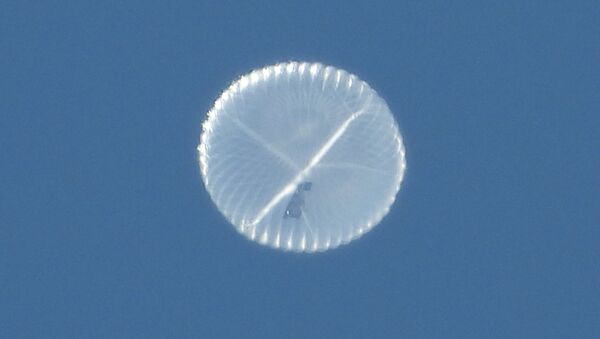 The US Federal Aviation Administration (FAA) is pushing back against UFO theories tied to a mysterious, seemingly transparent object recently seen floating in the skies east of Denver, Colorado.

Dever-based outlet CBS 4 revealed Tuesday that it had received “several” calls from locals reporting an unidentified object that the FAA later dismissed as a weather balloon from the Loon Project, a subsidiary of Google parent company Alphabet.

CBS 4 photojournalist Jeremiah Bellile managed to capture footage of the object in question on Monday.

Do you know what this is? Several people called the @CBSDenver newsroom wondering if its a strange light or #UFO. 🛸 Photographer @miahbellile captured this view from the CBS4 rooftop. @FAANews says they "have no reports of anything unusual East of Denver." 🧐 pic.twitter.com/u1fXg1afvp

The outlet was able to confirm that the Loon Project had recently released a weather balloon.

For scale comparison, here is one of the Project Loon balloons being filled in a hangar.

Furthermore, Twitter user Joseph Gruber was able to use global flight-tracking service FlightRadar24 to identify that there was indeed a high-altitude balloon belonging to the Loon Project in the skies near Aurora, Colorado, at the time.

Nevertheless, some individuals, such as YouTuber Cain Swanson, believe there is something more to this mysterious object.

“That is not a balloon people … People are just not gullible anymore,” Cain claimed in response to the video published by CBS 4. “I seen this object 3 times last week and know it's not a wheather [sic] balloon but in fact a UFO.”

The Colorado Department of Public Safety (CDPS) announced in January that it would “remain vigilant” regarding suspicious drone activity as it scaled back a related investigation in the northeastern section of the state.

“The public has been worried about the reports of strange drone activity,” said CDPS Executive Director Stan Hilkey in a news release, as reported by CBS 4. “Our duty is to be responsive to community concerns and to investigate suspicious activity, and so we mobilized our teams to look into this.”

Several reports issued to authorities in Nebraska and Colorado detailed singular drones, as well as pods of the vehicles, hovering in various counties of the two states. Most cases in December 2019 occurred between 6 p.m. and 10 p.m. local time, according to the Denver Post.

Hilkey went on to say that “despite all the reported activity, we are still unaware of any crime being committed.”

Documents obtained via the Freedom of Information Act and revealed last month appeared to show that the FAA’s investigation into the matter received “limited” support from fellow federal agents and was “quickly dropped” due to the “absence of evidence of criminal intent,” according to Douglas D. Johnson, a researcher with the Scientific Coalition for Unidentified Aerospace Phenomena Studies.

He noted that the federal investigation could also have been closed because of a lack of “a proximate threat to military assets or other critical infrastructure.”