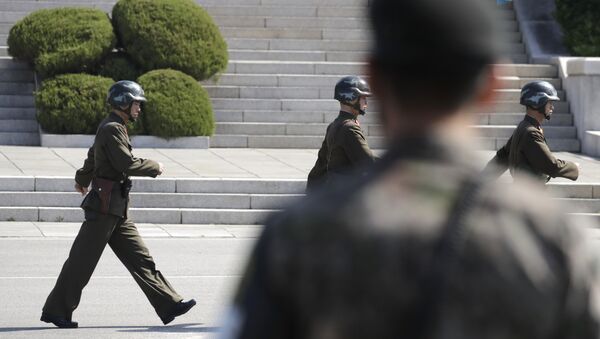 © AP Photo / Lee Jin-man
Subscribe
SEOUL (Sputnik) - South Korea is planning to allocate about 19.86 billion won ($17 million) to a project aimed at transforming the demilitarisation zone (DMZ) on the Korean Peninsula into the Cultural Zone of Peace and Unification from 2020 to 2022, the Unification Ministry said on Thursday.

The idea of transforming the DMZ into an international peace zone was first proposed by South Korean President Moon Jae-in in his address to the UN General Assembly last September. According to the leader, the DMZ could ultimately emerge as a centre for research on peace, peacekeeping, arms control and trust-building.

According to the ministry, the country's Inter-Korean Exchange and Cooperation committee, which includes representatives of the South Korean Foreign Ministry, Unification Ministry, Ministry of Justice, Ministry of Health and Welfare, the National Intelligence Service and other government agencies, decided at a session on Thursday to approve a budget of 2.89 billion won (around $2.44 mln) for subprojects scheduled for 2020.

In particular, in 2020, it is planned to convert the premises of the Inter-Korean Liaison Office at the Panmunjom border crossing point and unused guard posts in the DMZ into museums and exhibition halls. 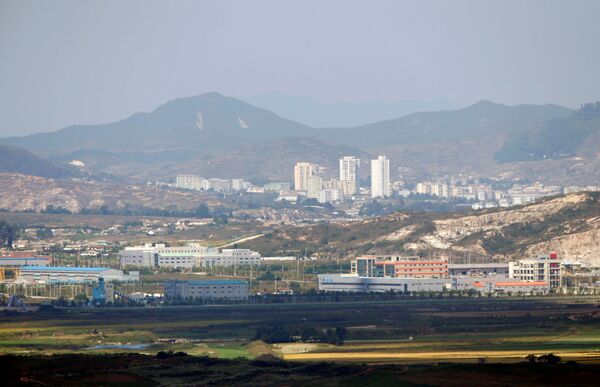 Another 3.27 billion won will be allocated for the construction of exhibition area at Seoul's Dorasan railway station, which is used to connect North Korea and South Korea, and other projects in 2021, as well as 13.7 billion won for the creation of a showroom at the Inter-Korea transit office on the Donghae railway line and the organization of an international festival of arts in the DMZ, among other projects, in 2022, the ministry added.

The DMZ is a heavily fortified strip of land that runs across the Korean Peninsula and serves as a borderline for the two Koreas. The zone, 154 miles long and 2.5 miles wide, was set up as a buffer between the two countries at the end of the 1950-1953 Korean War. More recently, it has served as a meeting place for the leaders of the two nations.