Danish Immigration Minister: 'We Must Acknowledge That Our Integration Machine Doesn't Work' 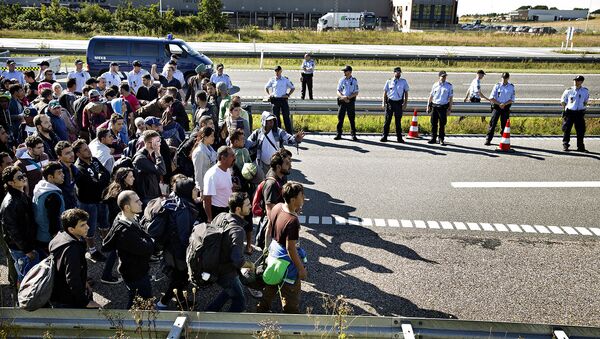 Following a dismal integration report, Danish Immigration Minister Mattias Tesfaye has called the development tragic, urged to slow down the intake of asylum seekers from the most problematic countries and envisaged extra integration measures, topped with return trips.

Highly unfavourable figures presented in a new integration report in Denmark have spurred strong reactions from the country's immigration minister, Mattias Tesfaye, who went so far as to call integration a fiasco.

According to the report, merely 17 percent of Syrian women are in work after five years in Denmark, joined by less than half of men. The same tendency is generally true for women from the Middle East.

“Unfortunately, we cannot afford to be surprised. When we pursue the same integration policy, then we also get the same results”, 39-year-old Tesfaye told the newspaper Kristeligt Dagblad.

The report on refugees from 2015 also indicated large differences between nationalities, with Syrians coming out as the worst and Eritreans the best.

“In general, we know that immigration from the Middle East means integration tasks. We also know that immigrants from the East – Thailand, the Philippines, and China – do noticeably better in Danish society”, Tesfaye commented.

To change the development, Denmark's Social Democratic government intends to take measures. They want to abolish the opportunities for newly arrived refugees to receive social security benefits. Instead, they will have to find a job, and should they prove unable to do so, they will have to participate in an integration programme 37 hours a week.

“It is no longer a matter of ramping the transfers up and down. Or amending some points in immigration policy. It is about changing the requirements for newcomers who will begin their lives in Denmark”, Tesfaye stressed.

According to the Danish government, the 37-hour rule is the first step in a vast campaign to activate passive immigrants.

“The new thing now is that we will also demand a return trip. Refugees must return home when there is peace in their home country. I hope that Syrians will be the first group where temporary residence really means temporary residence”, Tesfaye noted.

According to Tesfaye, immigration policy must be based on the idea that some groups adapt to Danish society, while others are unable to do so even after several generations. Therefore, he concluded, it is important to reduce the influx from countries where integration problems are the greatest.

Immigrants and their descendants make up 800,000 or close to 14 percent percent of Denmark's total population of 5.8 million, according to Statistics Denmark.

Tesfaye himself is of immigrant background as his father arrived in Denmark from Ethiopia. A former bricklayer turned politician, Tesfaye became a cabinet minister in June 2019. Prior to joining the Social Democrats, he used to represent other left-of-centre parties, including the now-defunct Marxist-Leninist Communist Party and the Red-Green Alliance.