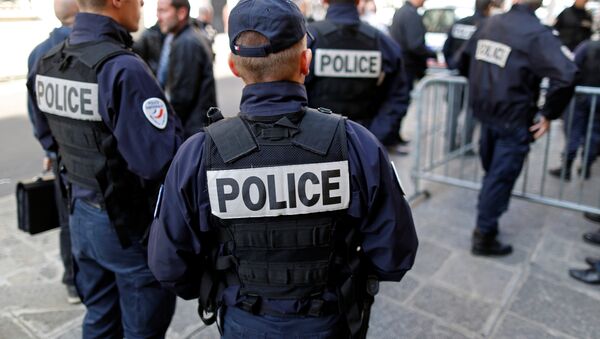 According to France Bleu, the hostage taker has several demands, but they are not known at the moment. According to police sources quoted by AFP, no one has been injured in the incident.

A man has taken several people hostage at a bank branch in downtown Le Havre, AFP reported, citing the police. According to the sources, the perpetrator was wielding a handgun and has taken as many as five people hostage.

The police said on Twitter that they are conducting an operation at Strasbourg Boulevard, but did not give specifics. They added that they have established a security perimeter in the area and called on citizens to avoid it.

According to France Bleu, the attacker has put forward numerous demands, but they have not been reported yet. The hostage situation has been ongoing since 4.45 p.m. local time (14.45 GMT).

A video from the scene has emerged online showing police cars parked on the street.

"We've identified him. He's on a watchlist. We know that he has been radicalised and suffers a serious psychiatric illness", Yves Lefebvre, the head of SGP Unite police union, said, as quoted by Reuters.

The police spokesman stated that the suspect is a 34-year-old man carrying a gun and is known to have serious psychiatric problems.

When police were conducting the operation to detain the gunman, there was only one hostage in the bank, the BFMTV broadcaster reported. No people were injured in the incident.

Earlier, a total of four people were released by the hostage-taker, and one managed to escape.

Police negotiators secured the release of a fourth hostage being held by an armed man in the Le Havre bank, a police union official said according to Reuters. There are still two more people reportedly being held by the assailant.