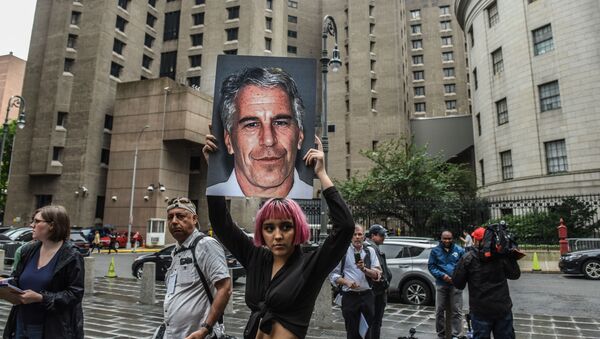 American financier and convicted sex offender Jeffrey Epstein, who risked facing up to 45 years behind bars, died a year ago in his prison cell during pre-trial detention at Manhattan's Metropolitan Correctional Centre allegedly after committing suicide. However, the official version behind his cause of death has been widely disputed.

Brian Lewis, 71, the father of Shelley Anne Lewis, children's book author, confirmed she had been in a relationship with the financier and paedophile, the Daily Mail reported.

"It is a difficult question to answer. As a young girl, we knew she was seeing someone in New York", he said.

The family's neighbour spoke to the Daily Mail, saying that it was “shocking” that Shelley Lewis, 43, was dating Epstein, who pleaded guilty in 2008 to prostitution charges in Florida and registered as a sex offender.

"The family are very nice and will be horrified to be linked to that man", the neighbour said.

The report comes after the media reported the dead financier had a secret girlfriend citing newly unsealed court papers in his alleged "madam", Ghislaine Maxwell's case in New York.

On 31 July, a US court released documents from a 2015 civil defamation suit against British socialite Ghislaine Maxwell, 58, showing that she had been in contact with Jeffrey Epstein, although she claimed the opposite. On 14 July, the court ruled that she would remain in custody until her trial on charges related to abusing young girls.

Maxwell was detained on 2 July and is being charged with four federal counts dealing with the procuring of young girls for Epstein, who allegedly committed suicide in a New York detention centre while awaiting trial in August 2019, for illegal sex acts and two more on perjury for lying to federal investigators in 2016.