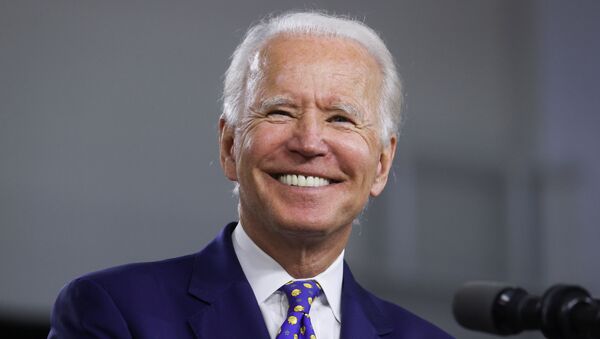 © REUTERS / JONATHAN ERNST
Subscribe
International
India
Africa
President Donald Trump has raised concerns about Biden's mental health, saying that he has lost "mental sharpness" and doubting whether he is capable of being president if elected.

Presumptive Democratic presidential candidate Joe Biden snapped at a reporter who asked him if he has done a cognitive assessment test, replying that he has not.

The reporter mentioned that earlier in June, Biden said that he has been tested and is "constantly tested". He questioned if the former vice president has been examined for cognitive decline specifically, as President Trump has made his mental state "a campaign topic".

"Why the hell would I take a test?", Biden said in a Wednesday interview at a conference of Black and Latino journalists. "C'mon man", he said. "That's like saying, 'You — before you got on this programme you took a test where you're taking cocaine or not, what do you think? Huh? Are you a junkie?", Biden added while chuckling.

Trump recently challenged Biden on taking a cognitive test, after he himself underwent the Montreal Cognitive Assessment, saying that he did perfectly, while Biden "could not answer those questions".

"I'll get you the test, I'd like to give it. I'll guarantee you that Joe Biden could not answer those questions", Trump said in an interview with Fox News last month.