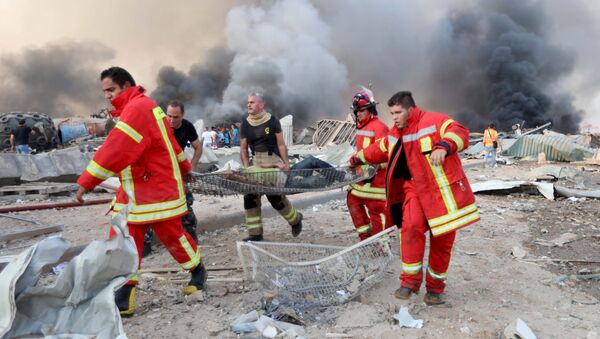 © REUTERS / Mohamed Azakir
Subscribe
International
India
Africa
Evgenia Filimianova
All materialsWrite to the author
At the moment of the explosion in the port of Beirut on 4 August, Professor Andreas Theophanous was at his home in Nicosia. His first thought was that there has been an earthquake. After checking online, he found out that Beirut had been shook by a large explosion.

Sputnik spoke to Mr Theophanous, Professor of Political Economy at the University of Nicosia and President of the Cyprus Center for European and International Affairs, to discuss the blast and its economic and political repercussions for Lebanon and the wider region.

Sputnik: Cyprus experienced a somewhat similar incident in 2011, when a large amount of ammunition and military explosives self-detonated at the Evangelos Florakis Naval Base. What lessons has Cyprus learned from the tragedy that can be applied in the case of Beirut?

Professor Theophanous: In the case of Cyprus in 2011, it was repeated human and political mistakes, as well as negligence that led to the tragedy. One doesn’t put that type of ammunition next to the major electric power station of the country. In the case of Lebanon, it seems the same has been repeated in greater dimensions. 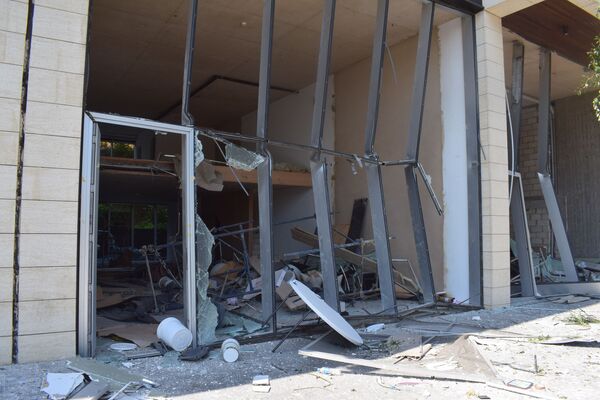 Sputnik: What is the socioeconomic damage of this type of tragedy?

Professor Theophanous: The economic cost for Cyprus in 2011 was 2.5 billion euros. At the time, I said that it could have been avoided. Furthermore, it was indicative of greater problems in the socioeconomic and political structures of the country.

In the case of Lebanon, the country was facing serious economic problems before this explosion and now, from what I understand, the damages are expected to be around 5 billion euros. We don’t know yet the final estimation of the human loss and home loss. The damage is huge and unprecedented in the case of Lebanon. It will have serious socioeconomic and political repercussions. 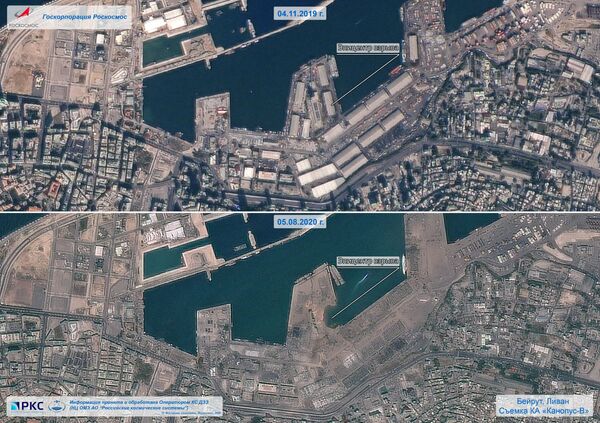 Aftermath of Beirut Explosion
© Sputnik / Roscosmos
/
Go to the mediabank

Sputnik: It has been reported that the Beirut explosion was felt by many in Cyprus in the form of shockwaves. How has the Cypriot government reacted to the incident in terms of security but also humanitarian and financial aid for Lebanon?

Professor Theophanous: Cyprus has already announced a series of humanitarian aid measures, and I’m sure there will be more to come in the next few days.

Cyprus has the tradition of playing the role of the humanitarian aid hub in the eastern Mediterranean. Cyprus cannot change its location - it is near the Middle East region, which is one of the most explosive areas in the world. 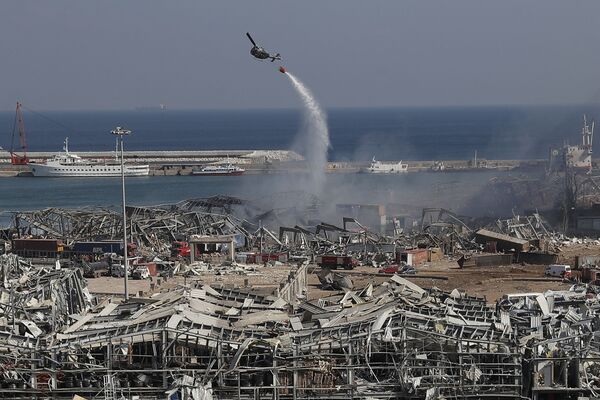 An army helicopter drops water at the scene of Tuesday's massive explosion that hit the seaport of Beirut, Lebanon, Wednesday, Aug. 5, 2020. Residents of Beirut awoke to a scene of utter devastation on Wednesday, a day after a massive explosion at the port sent shock waves across the Lebanese capital, killing dozens of people and wounding thousands.
© AP Photo / Hussein Malla

The role of Cyprus in the region is something that has been preoccupying us for years now, even before the incident in Lebanon. We are a member of the European Union, but at the same time we are facing our own problems with the occupation of the northern part of Cyprus by Turkey.

We do have an understanding of the realities of the broader region, but in order to play the role of a humanitarian aid hub for the tragedies in the area, Cyprus needs to have a strong economic and political structure. It is also essential to have the support of it allies and partners.

Sputnik: Cypriots are one of the most represented communities in Lebanon. Will any actions be taken to secure Cypriot nationals in Beirut?

Professor Theophanous: My understanding is that there will be chartered flights bringing Cypriot nationals who want to return back home starting 6 August.

Sputnik: Will the Covid-19 pandemic have an effect on the recovery of Lebanon?

Professor Theophanous: Even before the pandemic, there were demonstrations in Lebanon due to decreasing wages and unemployment issues, among other economic challenges. The explosion brings Lebanon years back. I am afraid it will get out of control. Depending on the investigation into what caused the explosion and if the investigation points to political responsibilities, inevitably the situation will be more difficult. It is a real tragedy for the country. 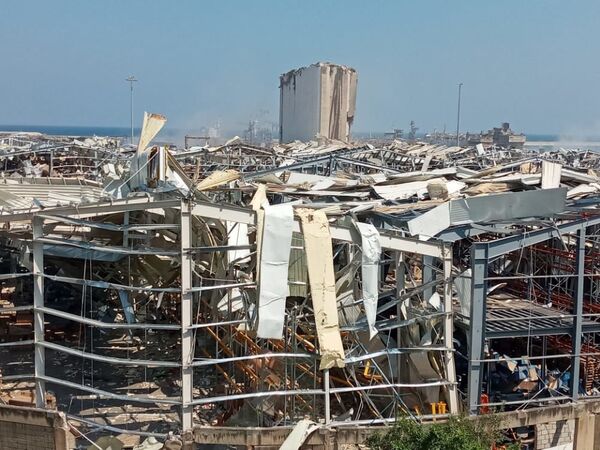 Aftermath of a massive explosion is seen in Beirut, Lebanon
© Sputnik / Zahra El-Amir

Sputnik: Is there a concern that immigration outflow from Lebanon will be triggered by the incident in Beirut?

Professor Theophanous: Lebanon would need substantial economic aid and political support to maintain its unity and recover in all aspects. It is neighbouring Syria and the relations with Israel are tense. Meanwhile, Europe has been facing great immigration influx in the past few years. What happened in Beirut can make matters much worse. On the other hand, it can push political leaders to take bolder steps and promote political and economic stability in the broader region. 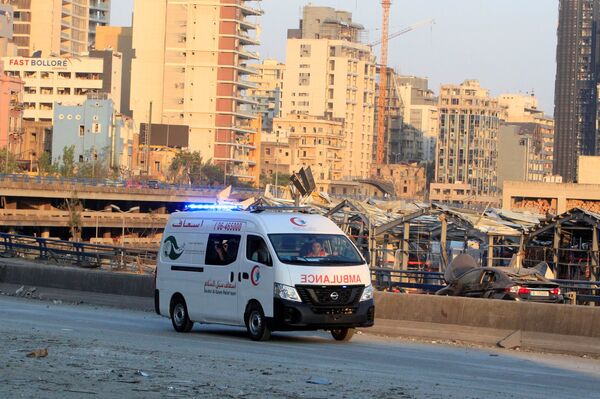 In 1976, when there was a civil war in Lebanon, there was a strong outflow mostly of Christian Lebanese who came to Cyprus, many went on to travel to France, Canada and other places. In the previous years, circumstances in the European countries were much better than they are today. Economic strains in European states in combination with such issues as xenophobia and now the global pandemic make matters worse for incoming immigrants.

We need a Marshal Plan to get out of this mess. EU’s actions towards this goal are notable but not enough. We need collective action to address these issues on the national and international levels.