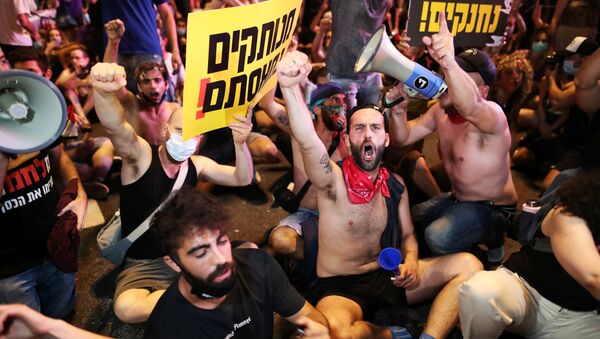 © REUTERS / Ammar Awad
Subscribe
Israel's coronavirus cabinet is set to meet on Wednesday to discuss a series of new measures to curb the spread of the pandemic. But a former Health Ministry boss says Israel has nothing to worry about and blames the government for fueling the public's fears.

It's been a week since Prime Minister Benjamin Netanyahu appointed Ronny Gamzu, CEO of Tel Aviv's Sourasky Medical Centre, as the coronavirus czar tasked with steering the country through the raging health crisis.

Straight after he took office, the chief held a press conference and tried to calm down the masses vowing to tackle the spread of the disease without harming Israel's economy.

Lockdowns promised during the weekends have been removed so far, and Gamzu said he had no plan to impose tough measures on the entire country. Only the so-called red towns and cities that have been a hub of the pandemic would be tackled, he vowed.

Nothing to Worry About

Yoram Lass, a former head of Israel's Health Ministry, says the country is now "heading in the right direction".

"There is some sort of stability and the person who is now in charge of the situation, is less hysteric", according to Lass. Nevertheless, Gamzu as well as other people in power, says Lass, are not telling the truth to the masses.

"We need to be honest with the public and tell them that there is no pandemic. Their prophecy promising doom and gloom didn't fulfill itself", he said referring to the comments made by Netanyahu during the first wave of the virus outbreak, when he warned that Israel might face a million infections and thousands of deaths.

So far, the virus has claimed the lives of more than 500 Israelis. Over 26,000 are currently being treated for the disease, while around 350 people are in critical condition. 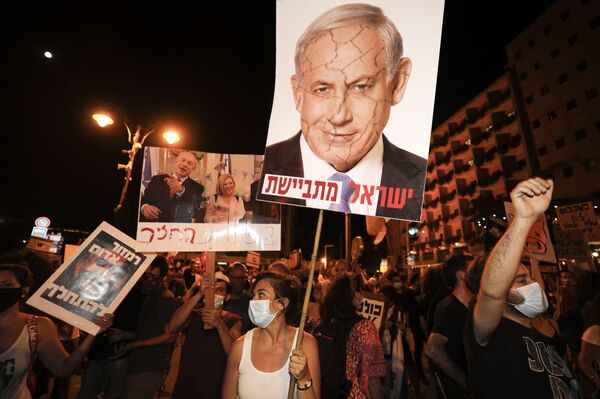 Protesters chant slogans during a demonstration of thousands against the Israeli government near the Prime Minister's residence in Jerusalem on August 2, 2020.
© AFP 2021 / MENAHEM KAHANA

But these numbers, along with a growing number of people being diagnosed on a daily basis, don't seem to stir Lass away from his theory that a pandemic often means high mortality rates, something that hasn't been observed in Israel so far.

To back up his claim, Lass uses statistics, "not emotions". In 2016, it was reported that more than 2,500 people had died from infectious diseases. Over a thousand died as a result of pneumonia, high numbers as compared to the death toll caused by COVID-19.

"During the winter months many people die because of the flu but nobody is talking about it. Nobody is making much ado about it and nobody tells the masses to wear face masks that experts have already warned about the hazards they entail", said Lass.

In the past the reason for this behaviour, believes the expert, was Netanyahu's "political games".

Although his party Likud won the third parliamentary elections in March, Netanyahu struggled to form a government. His corruption charges have complicated the situation even further, with liberal circles calling on the country's High Court to do everything it takes to prevent him from standing at the helm of Israel's government.

"Back then, he was a political corpse", said Lass, "but then came the coronavirus and turned the situation upside-down".

Apart from Netanyahu managing to join forces with Benny Gantz's Blue and White party, establishing a long-awaited coalition, his swift decision to close down the country and introduce a number of strict measures including lockdowns of towns and cities, as well as the shutting of businesses and government institutions, led to a significant increase in his approval ratings, with polls registering a sweeping 70 percent of support among Israelis.
But as pressure mounted on the PM to ease the restrictions, as the public was unable to cope with the heavy burden of the economic repercussions from the pandemic, Netanyahu removed many of the measures, paving the way for a second wave of the virus. 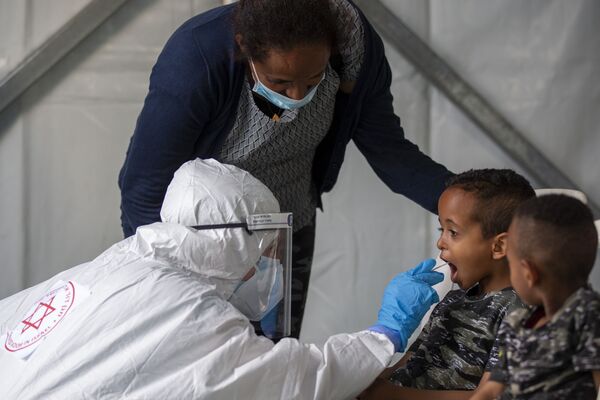 A child is tested by a healthcare worker for the coronavirus at testing center for migrants in Tel Aviv, Israel, Monday, July 6, 2020.
© AP Photo / Oded Balilty

And now, as the number of infections continues to climb, with Israel's mass media reporting the situation is rapidly spiraling out of control, Lass says that what is driving the prime minister at the moment is "pure panic".

"The entire country has been taken by fear [spread by the government - ed.]. Everyone is hysterical about it and the fact that the panic is spreading on social media platforms only makes the situation worse".

The problem is, says Lass, that there is nothing that can be done to stop it.

"If six months ago, before this whole craze started, we would have had a leader, who would have initiated an international conference, brought reasonable experts and calmed down the masses, we wouldn't have reached this point. Now, however, I think it is too late. The panic has already been rooted and that clouds the sight and the judgement of Israelis. It's unfortunate and very depressing".