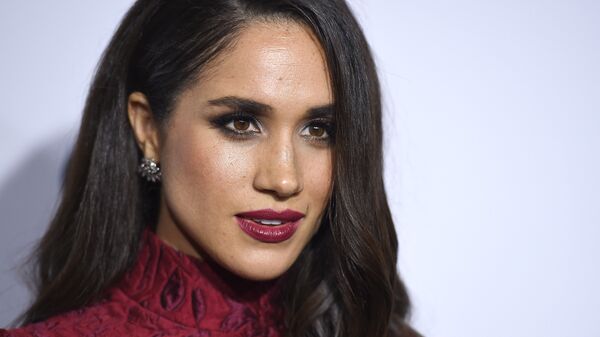 Max Gorbachev
All materialsWrite to the author
The American-born actress has been in the spotlight since the moment it became known that she was dating Prince Harry and the media scrutiny became even more intense after she married the Duke of Sussex and became a member of the Royal Family.

Queen Elizabeth II, Kate Middleton, and Prince William wished Meghan Markle a happy birthday as the Duchess of Sussex turned 39 today. Although her tenure as a royal was short-lived, it was full of events and even media scandals. Here is a list of the most well-known controversies.

Did She or Die She Not Curtsey to the Queen?

Prince Harry and Meghan Markle’s wedding was one of the most viewed events of 2018, with almost 2 billion people gathering in front of TV and computer screens to watch the event, which was reportedly marred by Meghan Markle showing a basic lack of respect to Her Majesty, so claim the Duchess’s critics, who accuse her of not curtseying for the Queen.

When the video of the wedding was posted online it became known why many thought that Meghan was disrespectful to the Queen. When she curtseyed the camera panned to a wide shot.

Here is the bow/curtsy, which you can barely see because some genius decided on a wide shot. #royalwedding pic.twitter.com/tBszb91Whn

Reported Feud With The Cambridges

After the wedding the Sussexes said they no longer wished to reside in Kensington Palace with the rest of the family and wanted to have their own space. This led to reports that Meghan Markle allegedly had a feud with Kate Middleton, wife of Prince Harry’s brother, Prince William. Local media claimed that the reported feud deepened a year after when the Sussexes decided to split from the joint charity organisation they chaired with the Cambridges. A new book about the Sussexes claims Meghan found Kate Middleton frosty and was disappointed she didn't welcome her into the family.

Posing With a Child After Giving Birth? No, Thanks

According to royal tradition, and one may say a rather stranger one, given how painful and exhausting childbirth can be, members of the family pose on the steps of St. Mary’s hospital with their newborn hours after a mother gives birth to a child. Prince Harry’s late mother Princess Diana followed the tradition, although she said it was quite a daunting task, but Meghan Markle decided to ignore it. The Sussexes released a statement they would be doing things privately. Days later the couple did a photoshoot with their son Archie and released photos to the public. 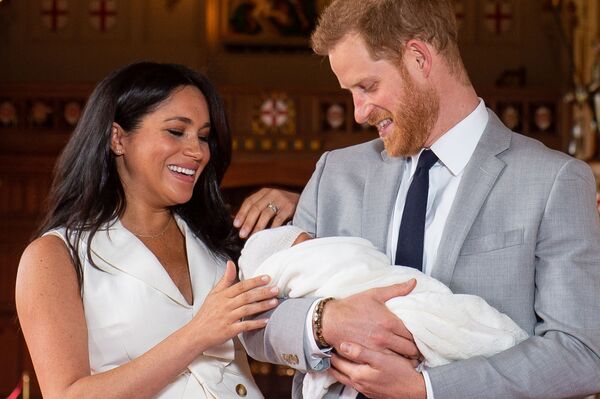 Britain's Prince Harry, Duke of Sussex (R), and his wife Meghan, Duchess of Sussex, pose for a photo with their newborn baby son, Archie Harrison Mountbatten-Windsor, in St George's Hall at Windsor Castle in Windsor, west of London on May 8, 2019.
© AFP 2022 / DOMINIC LIPINSKI

Critics, however, did not appreciate it and accused the Duchess of being a diva and claimed that the British people, whose taxes are used to fund the Royal Family had the right to see Archie right after he was born.

Like other members of the Royal Family the Sussexes are under media scrutiny 24/7, which the couple said was very stressful as many media reports about them were untrue. In late 2019, Prince Harry harshly attacked the media for vilifying Meghan and said he fears that history will repeat itself, referring to the intense pressure his mother, Princess Diana faced.

The Sussexes then launched a lawsuit against tabloid the Mail on Sunday over the unlawful publication of Meghan Markle’s private letter to her estranged father, where she wrote that her father's criticism of the Royal Family and her upcoming wedding "broke her heart into a million pieces".

In the lawsuit Meghan Markle claimed that the newspaper selectively edited her letter in order to portray her and Prince Harry in a negative way. The 39-year-old also said that tabloids like the Mail on Sunday and other newspapers owned by Associated Newspapers caused a dispute between her and her father. 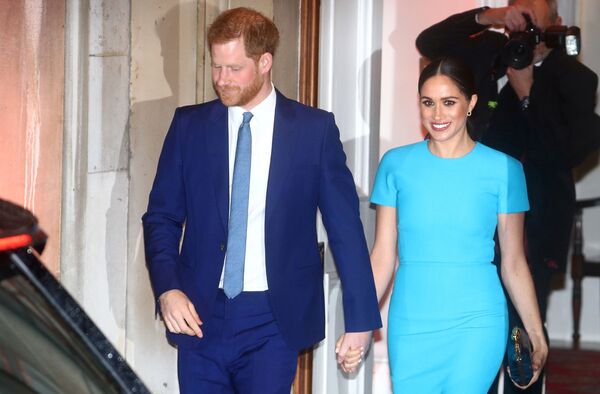 The Mail On Sunday argued that members of the Royal Family "rely on publicity about themselves and their lives in order to maintain the privileged positions they hold and promote themselves".

The couple promised that all proceeds from the damages in the lawsuit would be donated to charity.

On 8 January 2020, the couple announced that they wanted to step down from royal duties and work to become financially independent, as well as their desire to balance time between the United Kingdom and North America. The decision shocked Britain and the Royal Family. Reports say that other members of the family, including Her Majesty, Queen Elizabeth II were not informed of the decision and learned about the news when the announcement was posted online. 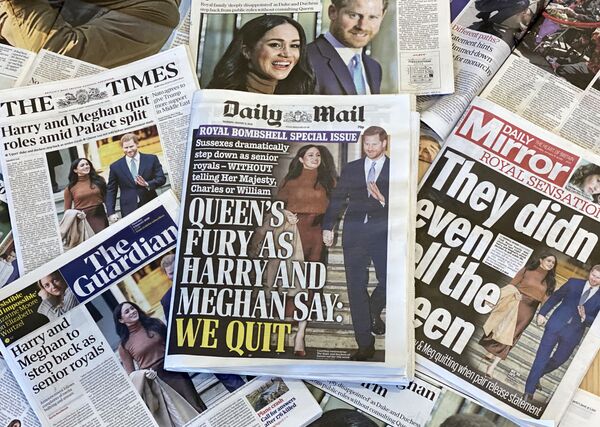 An arrangement of UK daily newspapers photographed as an illustration in London on January 9, 2020, shows front page headlines reporting on the news that Britain's Prince Harry, Duke of Sussex and his wife Meghan, Duchess of Sussex, plan to step back as "senior" members of the Royal Family.
© AFP 2022 / DANIEL LEAL-OLIVAS

Royal experts said the couple’s move is unprecedented and could be compared to Edward VIII’s abdication in 1936 in order to marry twice-divorced American Wallis Simpson. The fact the couple said they wanted to live in North America, where Meghan Markle was born and raised, as well as reports of feuds with other members of the family sparked rumours that the decision to quit royal life was Meghan Markle’s idea and so the moved was dubbed Megxit.