As Spain's Ex-King Flies Into Exile, Are The Bourbons Europe’s Most Shameful Monarchy? 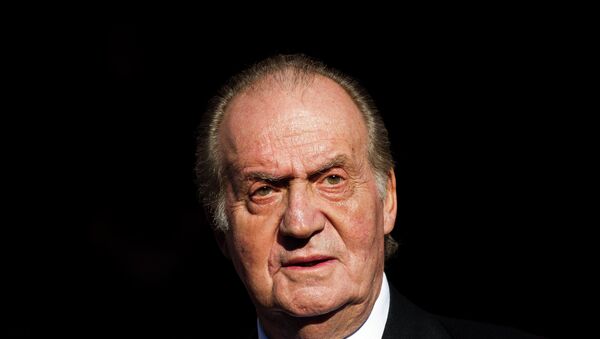 © AP Photo / Daniel Ochoa de Olza, File
Subscribe
Chris Summers
All materialsWrite to the author
Spain's former king Juan Carlos has reportedly flown into exile in the Dominican Republic after being linked to a US$100 million corruption scandal. The Bourbon family has had a chequered history in Spain.

King Juan Carlos, the 82-year-old former Spanish monarch, has left the country and gone into exile as investigators probe a deal to sell trains to Saudi Arabia.

"I think he's running away like a coward. He should admit what he has done and be up front," Madrid resident Paz Rodriguez told Reuters.

Juan Carlos ruled Spain for 38 years before abdicating in favour of his son Felipe VI in 2014. 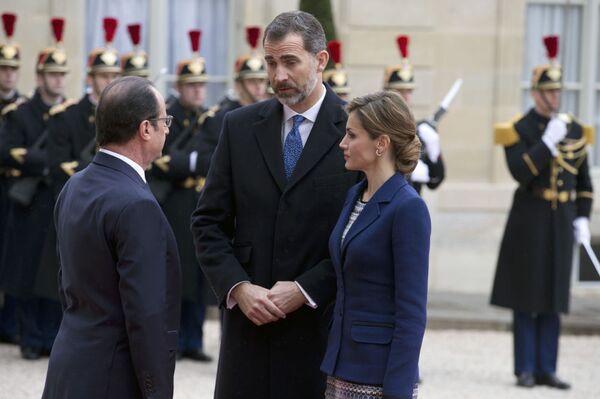 The latest scandal swirling around the Spanish royal family has led some in Spain to question whether the country should become a republic again.

So who are the Bourbons?

In 1700, King Charles (Carlos) II of Spain died without an heir, and his will gave the throne to the Duke of Anjou, the grandson of King Louis XIV of France, who became Philip (Felipe) V of Spain.

Britain and Austria were enraged at the prospect of France’s Bourbon dynasty controlling Spain and invaded, triggering the War of the Spanish Succession.

Dear @FairmontHotels , don't you think it's time to come up with a new name for your Barcelona hotel? King Juan Carlos just announced he's leaving Spain due to a corruption and misappropriation scandal. Thank you very much for your kind consideration. pic.twitter.com/pFXceoGc3E

​The Treaty of Utrecht, which ended the conflict, confirmed the Bourbon candidate as Spain’s king and Britain was compensated with Gibraltar and the island of Menorca.

In the early 19th century, Emperor Napoleon of France intimidated the Bourbon King Charles IV into allowing him to march troops across Spain into Portugal in 1807 after Lisbon refused to close its ports to the British.

The Prime Minister just said with a straight face that he doesn't know where King Juan Carlos is.

​Napoleon then decided to oust the Bourbons and replace them with his brother Joseph.

But the situation soon descended into farce.

Charles IV and his wife detested their son and heir, Ferdinand, Prince of the Asturias and he loathed his parents.

After Ferdinand wrote to Napoleon and offered to marry into the Bonaparte family he was arrested for treason by his father, who was being cuckolded by the powerful Spanish prime minister Manuel Godoy. 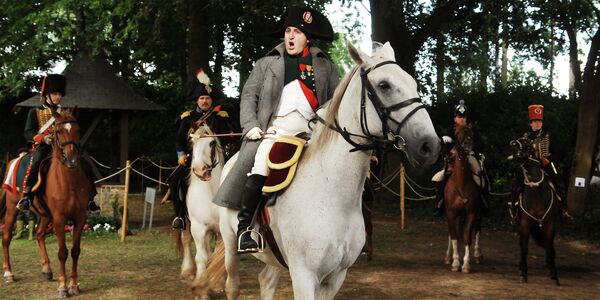 France was drawn into the Peninsular Wars - a long and bloody conflict with British-backed Spanish and Portuguese guerrillas - and eventually in 1813 Ferdinand was restored to the throne.

King Ferdinand VII was known to his detractors as el Rey Felón (the Felon King) and under his absolutist rule Spain would lose all its remaining colonies in South America.

In 1833, Isabella II became Queen of Spain but she was overthrown by liberal generals in 1868 and fled in disgrace.

Good luck to Juan Carlos, ex King of Spain, in his new life on the run in the Dominican Republic. He must be innocent or he would have been jailed. Obviously.

Throughout the 19th century the Carlists - reactionary Catholics who fought for an alternative branch of the Bourbon dynasty and against liberalism -  continually rose up against the government in Madrid, only to be quashed.

In May 1886, King Alfonso XIII - a baby whose father had died seven months earlier - inherited the throne while still in his cradle.

He ruled Spain until 1931 when republican parties won municipal elections which were perceived by many as a referendum on the future of the monarchy. 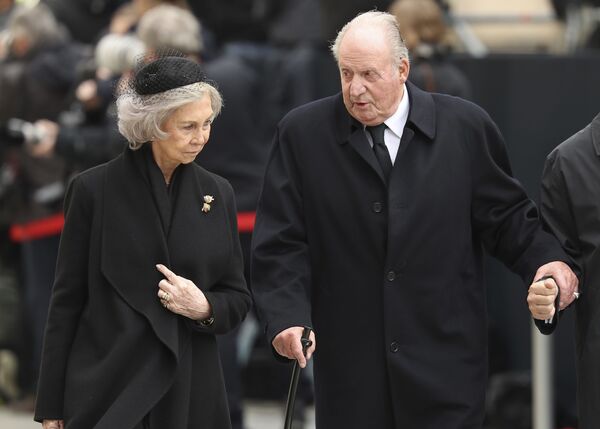 In this Saturday, May 4, 2019 file photo, Spain's emeritus King Juan Carlos, right, and emeritus Queen Sofia leave the Notre Dame cathedral after attending at the funeral of the Grand Duke Jean of Luxembourg, in Luxembourg.
© AP Photo / Francisco Seco

Alfonso XIII fled into exile in London - where he died in 1941 - and during the Spanish Civil War most royalists sided with the fascist leader Francisco Franco, who eventually emerged victorious over the republicans.

Franco - who was known as the Generalissimo - ruled until 1975 and committed horrific human rights abuses against his political opponents.

In 1969, Franco had invited Juan Carlos, grandson of Alfonso XIII, back to Madrid, named him Prince of Spain and groomed him to take over as head of state.

When Juan Carlos Alfonso Víctor María de Borbón y Borbón - to give him his full name - became king in 1975 he gradually presided over the return to democracy.

After several decades when the Bourbons managed to keep their heads down and their noses clean, tales of corruption emerged in the early 21st century.

In 2016, Princess Cristina - Juan Carlos’s daughter and the sister of the current king - went on trial for tax fraud, after a lengthy inquiry into the business activities of her husband, Iñaki Urdangarin. 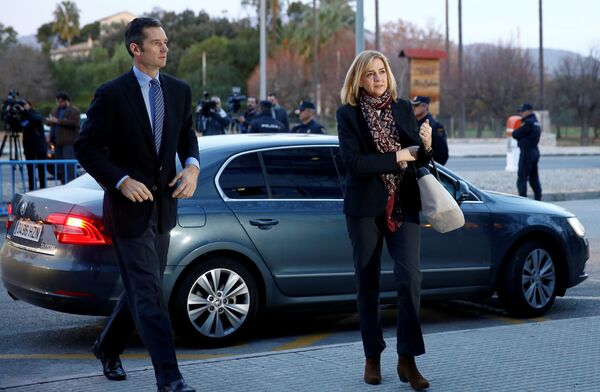 Spain's Princess Cristina (R) arrives at the court with her husband Inaki Urdangarin, to appear on charges of tax fraud, as a long-running investigation into the business affairs of her husband goes to trial in Palma de Mallorca, Spain, January 11, 2016.
© REUTERS / Marcelo del Pozo/File Photo

She was acquitted but Urdangarin was jailed for six years - far less than the 19 years the prosecution had sought.

In September 2018, an inquiry was launched following the publication of records belonging to Juan Carlos’s former mistress Corinna Larsen, a German businesswoman.

Ms Larsen claimed the king had received a US$100 million (85 million euro) commission in 2008 when a Spanish consortium were awarded a contract to build a high-speed railway track linking the Muslim holy cities of Mecca and Medina.

Ms Larsen told Swiss investigators he had transferred US$76 million (65 million euros) into her bank account in the Bahamas. 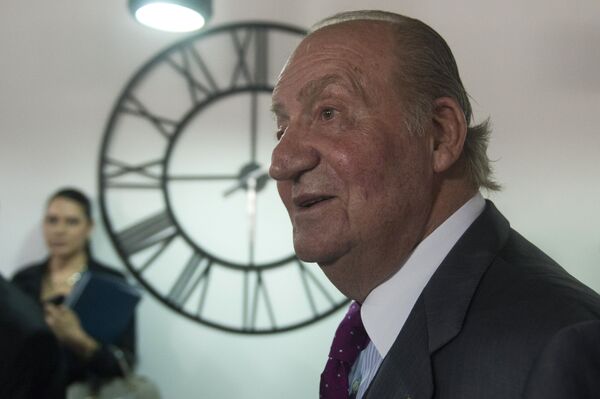 Juan Carlos has not admitted anything but he said on Monday, 3 August, he had decided to leave Spain to help his son, King Felipe VI "exercise his responsibilities."

Spain's Supreme Court announced in June he retained full immunity to any crimes which may have been committed before he stepped down in 2014.

Last month Spain’s Socialist Prime Minister Pedro Sanchez said: "The entire Spanish population are receiving disturbing information which is troubling for us all, including me."

King Felipe VI has so far escaped being tainted by the scandal.