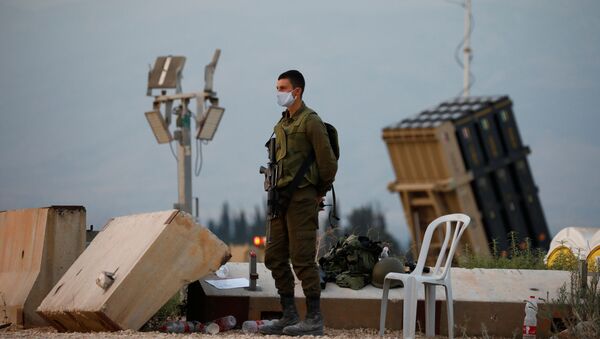 Tim Korso
All materials
The final delivery of the famous Israeli short-range air defence systems is expected by the end of 2020 despite reported concerns that the US military won't be able to incorporate them into their existing air defence grid.

The world's largest cargo plane, the Soviet-built Antonov An-225, has recently touched down at the Israeli airport of Ben-Gurion carrying important cargo - Oshkosh trucks used in the country's famous Iron Dome short-range air defence systems. These specific chassis will be used for two Iron Domes ordered by the Pentagon back in 2018 for the US Army.

The trucks for the air defence systems protecting Israel from missiles and drones launched by its adversaries, such as Hezbollah, are produced by the US firm Oshkosh Corporation. It took a gigantic An-225 capable of carrying up to almost 200 tonnes of cargo on board to bring them as soon as possible after the delivery of the ordered systems had already been postponed - they were supposed to hit the shelves of the US military by 2020, but instead are expected to come in December 2020. 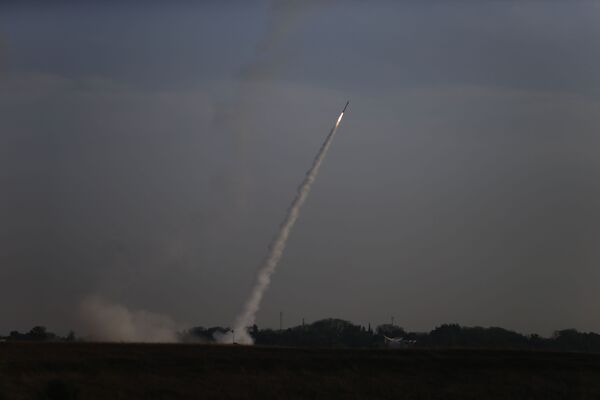 Israeli Iron Dome air defense system launches to intercept rocket from Gaza Strip, near Israel and Gaza border, Sunday, May 5, 2019. Palestinian militants in the Gaza Strip on Sunday intensified a wave of rocket fire into southern Israel, striking towns and cities across the region while Israeli forces struck dozens of targets throughout Gaza, including militant sites that it said were concealed in homes or residential areas
© AP Photo / Ariel Schalit

The Pentagon ordered the Israeli systems as part of its Indirect Fire Protection Capability Increment 2-Intercept programme as an "experiment" and planned on ordering at least two more systems if everything goes well. However, in March 2020 the US military changed their tune, saying the additional purchase won't happen due to "interoperability challenges, some cyber challenges and some other challenges".

While the head of Army Futures Command, General Mike Murray, did not elaborate on the nature of these challenges, The Times of Israel, citing anonymous sources, said that the shift in attitude happened after Tel Aviv refused to hand over the source code for the Iron Dome software to the US. This, in turn, reportedly hindered the attempts of US specialists to integrate the Israeli system into the larger US defence grid, making it practically useless for the goals of the programme - something that was partially confirmed by Murray himself during a Congressional hearing.

"So what we’ve ended up having was two stand-alone batteries that will be very capable but they cannot be integrated into our air defence system", Murray said.

Washington is now considering other options to close the gap in its short-range defences, currently covered by AN/TWQ-1 Avengers, THAAD and Aegis Ashore missile launchers filling in different roles.