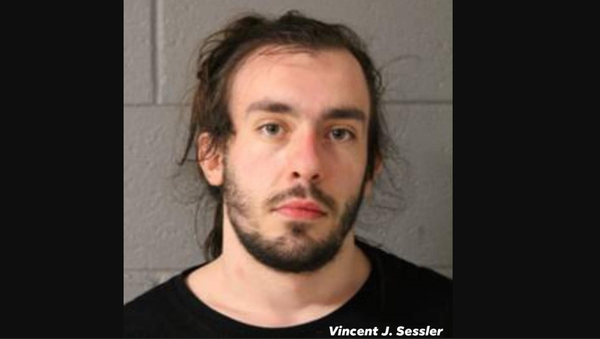 The ISP revealed on Saturday that Vincent Sessler, a 25-year-old former Dunkin’ employee in Chicago’s Far West, was arrested “without incident” and charged with disorderly conduct, reckless conduct and battery to a peace officer after officers conducted an investigation.

According to the release, an ISP officer ordered a large, black coffee from the Dunkin’ location at approximately 10:20 p.m. local time on July 30.

The officer allegedly noticed “a large, thick piece of mucus” floating in his coffee when he removed the lid. The substance was later confirmed by investigators to be saliva, resulting in the July 31 arrest of Sessler at approximately 12:49 p.m. local time.

“This is outrageous and disgusting. The men and women of the Illinois State Police put their heart and soul into protecting the lives and rights of all people in this state every day,” Director of the ISP Brendan F. Kelly said in a statement published on social media by the agency.

“They deserve better than this insulting and dangerous treatment. For their safety, ISP officers and employees will be prohibited from patronizing this location,” added Kelly, a former Illinois state attorney for St. Clair County.

The independent owner of the franchise also “took immediate action to investigate the matter and terminated the individual responsible for this reprehensible behavior,” according to a Dunkin’ statement provided to NBC 5 Chicago.

“Dunkin’ has a deep appreciation for police officers who work tirelessly to keep our communities safe, and the franchise owner has reached out directly to the officer to apologize for the experience,” the company statement concluded.

The ISP noted in its release that the investigation remains “open and ongoing,” and as of August 1, Sessler remained in police custody at the Chicago Police Department’s 8th District.