To Be First, You Don’t Just Do Social Networking: China's IT Giant Tencent Challenges Facebook 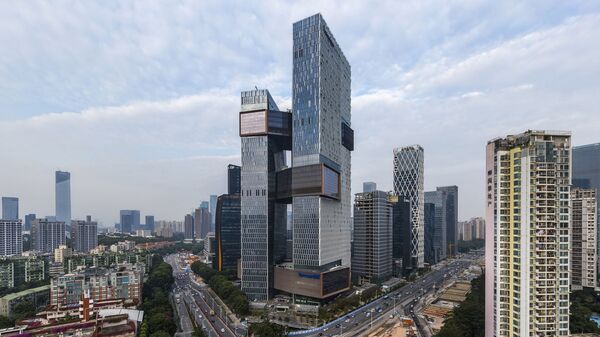 Facebook is no longer the most valuable social network in the world. China's Tencent has outpaced it in terms of market capitalisation and is now worth $670 billion. US tech companies have been the undisputed global leaders for many years but today China is pushing ahead in 5G technologies, social networking, entertainment and gaming.

This year, Tencent shares went up by 45% on the Hong Kong Stock Exchange, while Facebook gained only 14% in New York. The Chinese company's capitalisation began to soar after a 9-month ban on new game releases was lifted by the Chinese authorities. A significant part of Tencent's revenue comes from the video game business. It develops bestsellers such as Honour of Kings and Peacekeeper Elite.

But Chinese companies don't live by games alone. Other technology giants also don't stand still. For example, earlier this year, Alibaba surpassed Facebook in terms of capitalisation. Now the company ranks 6th most “expensive” in the world, while Tencent is right behind, ranking 7th. Even the slowdown in the Chinese economy due to the coronavirus pandemic has not discouraged investors. Shares of Chinese companies are experiencing a bullish trend and investors are confident in their stable and dynamic growth over the next year.

US technology companies have been undisputed world leaders for many years, but now China is breaking through. Huawei owns more than a third of all patents in 5G communication technologies. Moreover, despite the crisis, the company took first place in the world in smartphone sales in the second quarter, bypassing Samsung. The US Department of Commerce's blacklisting, has to date failed to significantly affect not only Huawei but also other Chinese companies.

The world's most expensive AI and computer vision startup, SenseTime, plans to raise another $1 billion from private investors this year. Its Chinese competitor Megvii has similar plans. Another "national champion" in speech recognition, iFlytech, said that despite US sanctions, the company's revenue grew 51% over the year.

World
Don't Start a (Trade) War You Can't Finish? Four Areas in Which the US is Heavily Dependent on China
Nowadays, American tech companies increasingly resort to the argument of confrontation with China when justifying their actions to the American authorities or want to get some preferences. For example, at a recent meeting of the US House Judiciary antitrust subcommittee in Washington, DC, the heads of the US tech giants – Google, Facebook, Amazon, and Apple – who attended the event, were constantly turning the conversation towards the growing technological potential of China and the need to counter it. Yet, that's not why they were called in.

The congressmen accused these companies of hampering competition. They claimed that Google, Facebook, Amazon and Apple were using their dominant market position and accumulated user data to force small but promising rival players out of the market. Many hours of answers from the “top” of Big Tech were neither specific nor well-reasoned. They reiterated many times the thesis of their importance for America's development, and that their task is to defend America's liberal values.

Mark Zuckerberg, for example, said that Facebook is a guide to American values in a world where not everyone shares those values. And he claimed that China is building an alternative cyberspace.

However, Chinese and even American media are questioning: why did Zuckerberg make a U-turn in his position on China? Back in 2015, he praised promising Chinese companies and even asked Chinese President Xi Jinping to come up with a Chinese name for his child. And now he is trying hard to ride on the Chinese threat once again. Are US companies so weak and do they genuinely feel such a strong threat? In reality, although China has emerged as a global leader in some areas, the overall US technology is still far ahead, Chinese IT expert Liu Xingliang told Sputnik.

“While Chinese technology is developing very rapidly, the US remains the global leader in this field, and China is no competitor to them. In some selected areas, China may even have already bypassed the US and emerged as a leader. But when it comes to comprehensive scientific and technological power, the United States is still at the forefront”, he said.

According to him, Facebook has faced a series of challenges that have affected its capitalisation. Furthermore, Tencent is a more diversified company, which does not only deal with social networks.

“I think the fact that Tencent beat Facebook is just an occasional episode. It happened because Facebook didn't live up to expectations. In the last two years, the company has faced serious problems, including severe fines due to privacy issues, interference in politics, etc. The company itself also has a lot of problems. And while Facebook was on the decline, Tencent, on the contrary, showed explosive growth”.

Furthermore, as the expert noted, Facebook is mainly a social network, while Tencent is not limited to this area. The most profitable business of the Chinese company is game development.

“This is not just a competition in the field of social media. Besides, Facebook may be only temporarily behind. If the American company solves its issues and puts things in order, it might get past Tencent by capitalisation again,” Liu Xingliang went on to say.

Why the US Has No Chance of Winning Either a 'Cold' or a 'Hot' War Against China
The secret to the success of Tencent, Alibaba and other Chinese companies is, indeed, the versatility of their business. Tencent's Wechat is not just a messenger but a super application that allows you to make electronic payments, order food, book hotels, buy airline tickets, make an appointment to see a doctor, etc. As an experiment in some regions of China, the WeChat account has even been paired an ID card. Most experts admit: it is difficult to get through at least a day in China, and never use any service from WeChat or Alibaba. Under such conditions, the revenue of companies is obviously growing, even despite the crisis.

But the thing is that Chinese companies, for the most part, do not represent competition for American “colleagues”, they work in parallel markets. Facebook and Google are blocked in China. Instead, the domestic Chinese market is occupied by their national champions. At the same time, Tencent and Alibaba are not too aggressive in foreign markets. The same mobile payments are mostly available abroad to Chinese citizens, who have accounts in Chinese banks. Therefore, the interaction between Western and Chinese companies looks more like a division of spheres of influence rather than competition.

In fact, this is the main difference between Chinese and American companies. Apart from Huawei, no Chinese technology giant could truly become a global company. This is also their current weakness, the expert said.

“I think one of the main problems of Chinese companies is insufficient internationalisation. We see that the revenues of Chinese companies come mainly from the Chinese market. American companies such as Apple, Microsoft, Amazon, Google and Facebook are all global companies. We can say that globalisation is the most important next step that all Chinese companies have to take. Besides, the US pressure on Huawei shows how weak we are in basic research and development and how easy it is to cut us off from chips or operating systems. Therefore, it is important to develop competencies in basic research”, Liu Xingliang concluded.

However, in the short term, the “local nature” of Chinese companies gives them a certain advantage: they are not so susceptible to sanctions and accusations of toxicity levied by Western politicians. For an internal audience, these accusations do not play a big role. The current success in sales of Huawei smartphones is mainly due to their domestic market. Chinese vendors sold 55.8 million smartphones in the second quarter, while Samsung sold only 53.7 million. However, 70% of Huawei's sales were in the Chinese market.

As such, Chinese companies in the full sense rely on domestic demand in their business strategies.

The US rhetoric of the Chinese threat is becoming a fashionable political medium, and business is trying to take advantage of it. Zuckerberg first talked about the confrontation with China when he was called to Congress last year to discuss the Libra supranational cryptocurrency project. Although Facebook, with its 2.3 billion users worldwide, has an undeniable advantage in promoting the cryptocurrency over Chinese companies operating in the domestic market, the founder of Facebook still tried to convince the Washington establishment that if Libra is not allowed, China will take over.

At the time, however, these arguments did not work, and Libra is still seen as a threat to financial stability and security, not only by the Fed but also by European institutions. Even now, the intimidation by China has not worked: the congressmen have still come to the conclusion that American tech giants are creating unfair competition in the market.